HAPPENING NOW: Students have joined protestors outside of Oakville Trafalgar High School to speak out against a teacher who has been sporting large prosthetic breasts to school. https://t.co/UIfByGWH9h pic.twitter.com/yl1rMas7oj 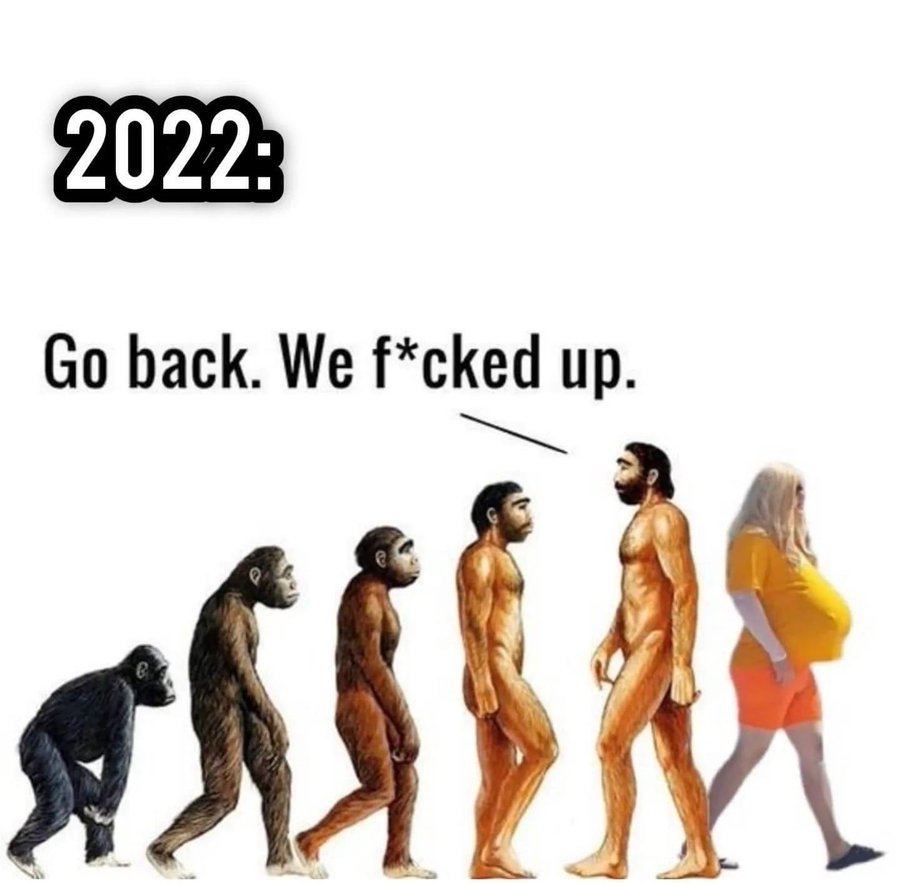 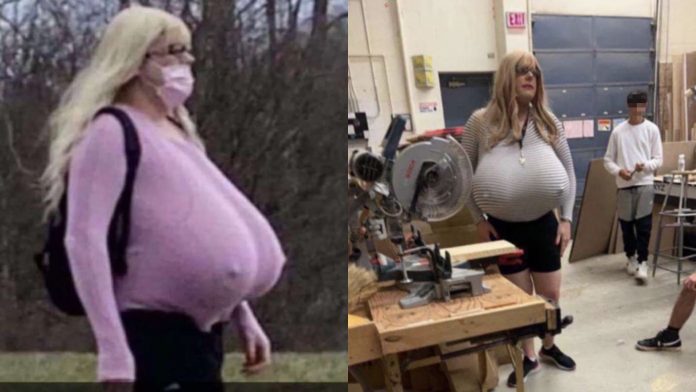 Some students have recorded images of the trans teacher at Oakville Trafalgar High School in Ontario, Canada and put them on social media: pic.twitter.com/QzsFtqauZq

HDSB Chair Margo Shuttleworth tells the Toronto Sun that staff are looking at “going through creating a safety plan” to ensure the Oakville Trafalgar High School teacher’s security as they prepare for potential protests when the school opens for classes Monday.

Pre-transitioning the teacher was known to students and faculty as a male and went by a man’s name. But the teacher now identifies as a woman and is referenced with a female name.

Some of that concern has been expressed on social media, including one student taking to Twitter to write “the kids here most definitely don’t think it’s normal… but realistically we can’t say anything. Last year, the teacher was a man. I don’t think the school can fire him.”

In fact, Shuttleworth said the employee will be supported, adding “the teacher is completely accepted and welcomed into the school community as far as the staff is concerned.”

Some more photos of the Canadian trans teacher who wears the extremely large breast prosthetic with protruding nipples: pic.twitter.com/vsi9oE7A9B

BEST TROLL EVER!!! The school board is going to have a heck of a time defending this.

The appropriateness of this is even in question? Anything other than normal, unbiased, natural behavior, and I mean no trans, not queer, no weird costumes or appendages, is inappropriate.. Wake up you idiots in government, it’s time to stop with this entire freak behavior, which is aimed at dissembling .. fire them, kick their butts, and start protesting the police who uphold these idiot while they act like whackos .. same goes for government idiots..,

Would it be OK for female teachers to wear giant fake peckers inside their yoga pants while teaching?

An interesting idea from RebelNews.com apparently this same teacher was the subject of a toxic masculinity review last year for red-pilling students presumably including things like (my words, not a quote) “a saw doesn’t care what your pronouns are. It cares whether you use it safely. Pay attention to what’s important while in class.”

If battling a woke school board, could ANYTHING show how stupid being woke is as well as pendulous breasts and long flowing hair around wood and metal working tools?

It baffles my mind that the parents don’t pull all of the students from the class? Where are the Parents?

The only thing to learn in that classroom is that teacher/guy is weird beyond belief.

How can you be pregnant with your own tits. Weird bitch.

No. There are rules of conformity that must be adhered to. This is grotesque and if it’s not natural, it’s obscene and has no place in a classroom.
Five minutes and a mat. It would be over.

Like Tucker said “ThIs guy is definitely getting off on this especially wearing them in-front of the kids in school!!!” SICKO SYCO Hope they fire 🔥 his A_ _

Oh it’s in 🍁 Canada 🇨🇦. Everyone in the USA 🇺🇸 get out and VOTE! Especially from your local levels all the way up!!!

Well ….I wear a 12inch vibrating dong on my forehead that twirls when a sound is made……. should I get a job as class monitor

Oh please do. I will actually pay to take that class. 😂 it’s funny because it is absurd. That fake watermelon chested, fool isn’t even aware of how utterly disgusting and absurd, in a not funny way HE IS.

I would be clapping, whistling and generally make freakin noise all day in your monitored class. 😂😂😂

Are you telling me if a guy (or a woman dressed as a man) wore a huge prosthetic dick down past his knee and let it swing around in a sack he wouldn’t be arrested?

“Hurricane Kayla” of Ontario, Canada
On his weekly visit, a man walks into a house of ill-repute in the seedy part of Ontario, Canada. He goes to his regular pimp and says, “I want something different.”
The pimp says “Well, we have a new girl that loves to wear a furrie baby bunny costume.”
“No, that’s too common. I want something really different this time.”
“Well, have you ever tried Hurricane Kayla?”
“I’ll be damned, that is different. I’ll try that.”
The man goes up to the room and takes off his clothes. A minute later a huge Amazon type women comes in. She bends over real close exposing her butt and lets out a huge stinky fart right on his face, letting it rip long and loud and as hard as she can.
The man says, “What the hell are you doing?”
“I’m Hurricane Kayla and that is the warm tropical winds preceding Hurricane Kayla.”
“OK, I’ll buy into that, it is a bit different”
Then she starts beating him over the head with her huge breasts.
“What the hell are you doing?”
“Those are the coconuts falling off the tree hittin’ you on the head.”
The man says alright, those are the biggest coconuts I have ever seen, more like watermelons.
Then she stands over top of him exposing her penis and starts peeing all over him.
“What the hell are you doing?!!”
“Those are the warm tropical rains coming from Hurricane Kayla.”
The man gets up and starts to put on his clothes in a huge rush. Kayla asks, “Where are you going?”
“I’m getting the hell out of here! Who can screw in this kind of weather?!”

Dear students. Please all dress up like Steve … Kayla one day at school. Or, at least start breaking school dress codes. Make the school system respond.

I bet his only sex partners are students.

Rather than bring a brown bag school lunch to school students instead should bring bricks to throw.

If only Desantis had strapped big boobs on all the illegals, Marthas Vineyard would have welcomed them for sure then.

Good thing these folks aren’t Americans, the FBI would declare them domestic terrorists and lock ’em up.

“Today’s lesson children is on mental illness. Just take me for example…”

Is it possible this guy is the greatest troll who ever lived? Taking woke religion to its natural conclusion.

The movie Idiocracy seemed prophetic but now I think it way under shot.

In protest, every female student should wear a huge cock that dangles the floor.

At least he won’t be able to breed when he’s completed the procedure. .

So, call yourself whatever you like BUT don’t parade around with fake body parts making a mockery of woman and women-hood.
Consider a female wanting to be a “male” and wearing a ginormous d**k around… one must be sick in the head to engage in either display of mocking human body parts.

This is the greatest troll of all times. Just wait and see.

Would be great if it is.

Mentally ill people should not be teaching in any school.

If you are confused about who you are, you have zero business interacting with the youth of our country.

Why does Canada and the US keep allowing sick mentally ill individuals to teach our children, Canada’s lost in many areas but the US still has a chance…

Cut those hideous things off with your buzz saw, Freak!!

Get involved w your kid’s school board or this happens. Sick

FROM an 8kun Anon on Thursday:

“This dude is gaming the system. An anon here yesterday was in this dude’s class. This teacher was almost fired for ‘toxic masculinity’ last year, as well as not embracing woke culture. He’d drop redpills to his class, such as how silly gender neutral bathrooms are. The school board hates him.

He’s now upping the ante to exploit the very clown world the school and society itself created. His long game is most likely to get fired, and then sue for discrimination. There is no other explanation… No better way to troll clown world than to become an over-the-top caricature of a woman.”

You know, I am inclined to believe this. This is a master troll if true. How to expose the left is make them choke on their own wokeness.. If this is true it is absolutely brilliant.

Except it is in front of kids and as an alleged authority figure.

I would not attend a class that had this Clown in it, as a student or a teacher.
That Freak Show Act has no place in a school.