Go VOLS! I love this so much. pic.twitter.com/C9iYtihHdN

Fuck Joe Biden chant breaks out in the streets of the University of Dayton pic.twitter.com/rI7ql5qQws

This is nice, not sure where…

Coastal Carolina wants a part of the action…

They hate Joe at Univ of Michigan…

…and the chant continues…. pic.twitter.com/5RazjWV7tC

Even at the Yankees Mets intraleague game… 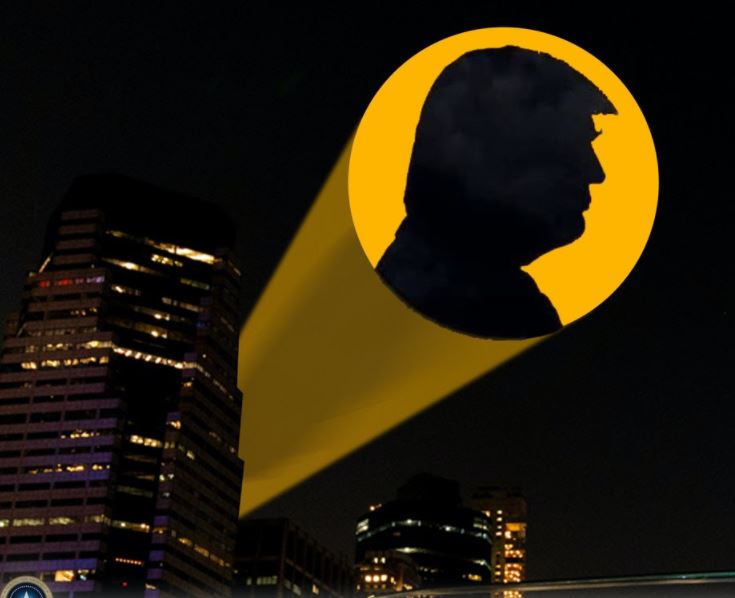 Does anyone remember America of just 8 months ago ?

We are so screwed, when we needed the Donald , instead we got toddlers and dementia

Even more sad that these same people can not acknowlege that President Donald Trump LIED about almost Every promise he made and is awash in White Guilt, evidenced by his “Platinum Plan”, for Blacks only, and his Artemis Mission to the moon, to put a ” person of color” and ” The first woman ” on the moon.

They totally ignore all of Trumps lies, like the weak minded lemmings they are.

You obviously have him confused with Joe like the weak-minded lemming YOU are.

And all in the perfect key of E

This is why they want us divided. When we organize we’re unstoppable. Next weekend is going to explode.

Add Florida State to the mix

Search YouTube
Tom Petty and the Heartbreakers:
‘I Won’t Back Down’

should be our battle/rally cry!

F Joe Biden and f you if you voted for him. I suspect most of the college morons voted for him, or didn’t vote, so F them too.

Biden, Trump, whoever…..let’s turn it into a meaningless issue about parties or personalities. Let’s not think, or talk, about who are the puppet masters animating these puppets behind the scenes.

I could not tell if UT or UM was the loudest

Sure Biden is awful, but Trump is just as bad. It’s a shame so many people still buy into the false left right paradigm.

people can not acknowlege that President Donald Trump LIED about almost Every promise he made and is awash in White Guilt, evidenced by his “Platinum Plan”, for Blacks only, and his Artemis Mission to the moon, to put a ” person of color” and ” The first woman ” on the moon.

They totally ignore all of Trumps lies, like the weak minded lemmings they are.

Mike, President Trump will go down as one of the BEST presidents we have ever had. Jim

More Universities and sport events will be chanting it….

It sure does have a wonderful ring to it…..

Saw a “F—k Joe Biden” sign on the way to the Florida-USF game in Tampa Saturday. Lots of Trump campaign signs.

University of Michigan as Libtard HQ and Moonbat Central of the State is a major insult to Brain Dead’s regime.

This gives me hope for the next generation of Americans, especially these college students who know B.S. when they see it.

Let’s promote a contest for this Saturday’s games – which school’s crowd can produce the biggest FJB on video ?? Getting featured on CFP would be worth bragging about, and the competition each week would grow!

I prefer fire or impeach but I certainly appreciate the enthusiasm!

clip not there But searching for it I found a criticism of Trump by William Foege, former head of the CDC under Jimmy Carter,
that ends up vindicating Trump for actions he took in 2020 that protected us from the CDC

Foege wrote: “Prime among the offenses is that the Trump administration’s political meddling has led the public and journalists to mistrust information provided by the CDC. Many have lost faith in the once-premier agency after repeated interference, which extended to the agency’s guidance on COVID-19 testing, mask usage, the timeline for vaccination, school risks and reopening, hospital data collection, and the release of CDC COVID-19 case studies. At this point, Foege notes, people turn to academic researchers and not the CDC for the truth.”

It goes on: “Foege also criticized the administration’s failure to be involved in international responses and collaboration, noting the president’s “America First” policy—a policy that “mocks what we learned in Sunday School and leaves us on the outside of the global public health community.”

Foege wanted the CDC to defy Trump and appeal to the nation:
“Don’t shy away from the fact this has been an unacceptable toll on our country. It is a slaughter and not just political dispute.”

When I read this I realized Trump had stepped on the tail of the all powerful CDC and ruined their plans.

Look what Trump was up against. Foege ran the CDC under Carter and Reagan. It was under Reagan that the law was passed giving big pharm immunity on vaccines.

I trust the plan a lot more now.

The resistance and distrust of ALL HHS alphabet agencies was not due to anything Trump did other than his initial endorsement of Hydroxychloroquine. He apparently caved on that, or he likely would not have fallen ill and been forced to rely on expensive monoclonal antibodies, and he gave the green light for Warp Speed. Some of us dug into it and were skeptical from the start, but this is mainly due to the total failure of vaccines and the injuries they have caused.

A borrowed joke (TRUTH): “While suturing a cut on the hand of 75 year old farmer, the doctor struck up a conversation with the old man. Eventually the topic got around to Biden, the RESIDENT (squatter) in the Whitehouse. The old farmer said, ‘well, ya know, Biden is a ‘Post Turtle”. Not being familiar with the term, the doctor asked him, what a ‘post turtle was? The old farmer said, ‘When you’re driving down a country road and you come across a fence post with a turtle balanced on top, that’s a ‘post turtle’. The old farmer saw he puzzled look on the doctor’s face so he continued to explain. ” You know he didn’t get up there by himself, he doesn’t belong up there, he doesn’t know what to do while he’s up there, he’s elevated beyond his ability to function, and you just wonder what kind of EVIL DUMB ASS put him up there to begin with”. Best explanation I’ve heard yet.

Totally disrespectful to the President of Covid

Best one I have heard yet

Everybody hates Biden. Which college can give the best F. Joe Biden next weekend? If the colleges try to crack down because of the F word, just change it to “NO Joe Biden” It still works.

or,
f–k this college admin.

Ann Arbor most liberal city in Michigan. The chant says alot about how despised dementia Joe and his admin. really is.

I’m from that area. I was shocked to see that. U of M is a hard left school and they makes no bones about it. I think it’s a good sign.

Too bad most of them voted for stupid Joe

Love the Southeastern Conference!
You just made Mountain West fan into an SEC convert.

Sound out the letter F (pronounced “Fah”).
I once read that it is one of a few universal sounds of frustration. No accident that a person with Tourette syndrome will say it out of frustration for example. Also it is universal across all languages.
I agree.

Joe Biden, is our first obviously demented, suppository president.
He didn’t win but the deep state shoved his idiot self up our backsides anyway.

I knew I went to UD for a reason. If only for this one proud moment.

Rudy the Flyer is beyond proud!

Glad to see the students at UD still have some sense because the Administration has become awfully liberal. GO FLYERS ’95

Phase 4 FIRST then the rest !

EEEWWWW. Harris? Pelosi? I wouldn’t F them with your D. LOL

Those of you weeping over the use of the F word – dry your tears. Once you take the away the ability of people to express their displeasure with the government who’s actions cheated them of their vote and then continually tries to censor them, don’t be surprised when harsh language stops and lead flies through the air. When that happens you will long for the days of the shouted F word.

Revolution the only way to go bro 🤔

“Screw” someone or something just does not work in Biden’s case. FUBAR, not SUBAR.

It is time all TRUE Americans get their heads out of the sand, acknowledge that the election was rigged and all of us stand for the American Flag and our great country. It should be all of us that stand with these college kids and make everyone know that we want him and his corrupt cabinet out of the Whitehouse. Donald Trump won the 2020 Election, no doubt. MAGA

I knew there was a reason I loved college football. It finally came to me! Buck Joe Fiden!

these chants are the only thing bouncing around in his head…. other than ice cream cones.

That is what I was thinking. There is no way in hello Joe Biden received 81 million legal votes.

On a Chicom computer…

That is what I think every time FJB happens.

Gonna have some merch made up with that on it.

These chants are now residing in Joe Biden’s head. Here’s how he whined about it on Saturday:

“I’m thinking what, what what would the people who died, what would they be thinking. Would they think this makes sense for us to be doing this kind of thing where you ride down the street and someone has a sign saying ‘f- so-and-so?”
– Joe Biden (AKA “so and so”)
…………………………………………….
They say it at the games too Joe. F- Joe Biden

I guess I’m from a genetic generation that thinks foul language is GETTO. HEY did anyone see the VMA awards show?

Sorry Tennessee (love the Smokies).
Big difference between the trash lizards at the VMA, and informed, intelligent people who have had enough…
‘Follow the science’ 👇
https://www.sciencealert.com/swearing-is-a-sign-of-more-intelligence-not-less-say-scientists

Didn’t and never will bother myself with Ghettoized awards ceremonies of the satanic crowd. How long till they publicly demand human sacrifice?? They are doing it sub-rosa right now.