Navy hospital corpsman Fantahun Girma Woldesenbet, shot two men at a business park in Maryland before breaching a gate at the nearby Fort Detrick Army base where he was killed by military personnel.

Frederick police responded to ‘an active shooter in the 8400 block of Progress Drive’. Authorities said the victims were flown to the University of Maryland Shock Trauma Centre in Baltimore where one remains in critical condition. The second victim is still being treated, but he is expected to be released on Wednesday. The suspect was later shot by a military personnel at the Fort Detrick base. Police said first responders rendered medical aid but the gunman died a short time later. 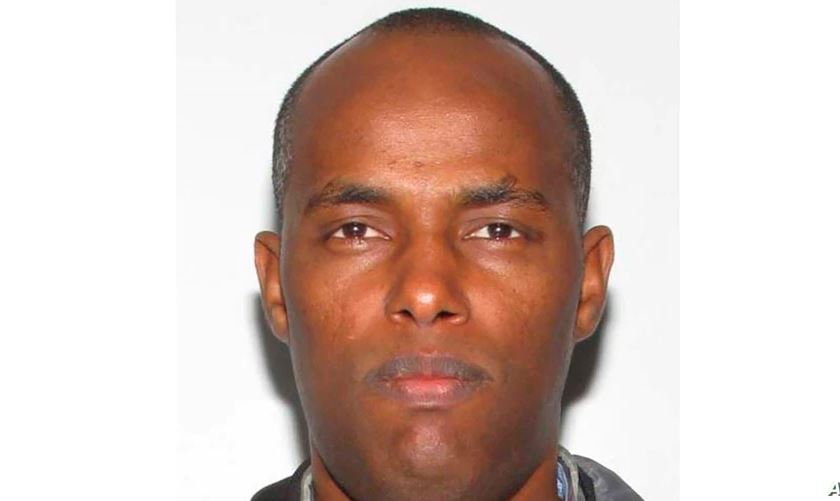 Another black criminal….who would have thought?????

You know what I love about living in the Ozarks? The confederate flag flying on every other house and not a dark savage to be found for hundreds of miles.

Didn’t see this on CNN?

I see that the woke identifying radicals in the military is going well. What they’re doing is identifying them and giving them guns.

ITS OK TO BE WHITE

And white racism is the problem?

“white racism is the problem?”

to the ones behind all this, the white race is the problem, yes.

A midwestern farm boy I see.

Found clutching his Skittles and a can of Arizona Tea.

These Amish are da Bomb…

On his way to bible class minding his own business….

No doubt he was on his way to Grandma’s house with a box of her favorite cigars!

Huwhite supremacist insurrectionists are to blame. He was just a gentle giant.

Was going to college after the Navy and become a brain surgeon.

Any ties to extremist groups? Were the victims white people? If so, will this be labeled a hate crime?

Was the FBI aware of him?

You never know, neuroscience is a booming field, and for a very long time now, it has been reported there are mind/mood-altering frequencies being put on the 60-hertz waves of the electric grid.

There is a war going on against whites, whether some of you want to accept it or not. Stop letting your programed emotional garbage override your God given common sense. You cannot date them or ever be friends with them, they have been raised to hate you. simple analogy, black kid goes to an all White school, the school accepts him helps him integrate, anyone who criticizes the black kid is run out of the school by the woke teachers and indoctrinated students. While a white kid goes to an all black school, he gets beaten and tortured at the school and on the bus, his apartment gets robbed weekly, he gets hooked on drugs and beaten more, then he either commits suicide or they murder him. FACT

Good, how they ALL should end, and save taxpayer money !

Aka Yabba Dabba Do.

A Christian who wears rags on his head and humps goats.

To paraphrase Obummer; The corpsman is now a corpseman!

I’d be angry to if my parents named me Fantahun Girma Woldesenbet; as a matter of fact I’d likely have lit them on fire while they were sleeping 😉

Just as I thought…a BALD guy.

You can always tell it’s a bald guy when they don’t mention hairstyle in the first couple of days.

Then when everybody discovers it’s another out of control bald guy, the story disappears and the cover up begins….

actually, if it’s a guy with a full head of hair, they tell you IMMEDIATELY, so if that info is missing, which 90% of the time it is, you know right away that it’s a bald guy.

but the 2 people who took sign-language in college as their “foreign language elective” get SO excited when they recognize a word/motion!

and the non-coverage begins….

No Narrative No Piece!

He’s a member of the KKK(philly branch). For the longest, he got away with the lie. Only when he had to de-robed did his race emerge.

Oopsie, this doesn’t fit the propaganda. The Democrat propaganda services (CNN, ABC, CBS, NBC, etc) are all going to have to work overtime to make sure no one knows about this. I’m sure the DNC has already disturbed the talking points.

Wow a dark white man! I knew it!

I believe that he is Amish also.

Who would have THUNK!

I just can not act surprised any more. It is an every day event. A WHITE man in black face committing another act of violence. Yeah, right.