BREAKING @HerreraBeutler has conceded in statement. "I’m proud that I always told the truth, stuck to my principles, and did what I knew to be best for our country." #waelex pic.twitter.com/1kZeNbQC1I

Interview with Kent in the last hour…

.@joekent16jan19 Joins @willcain To Discuss The FBI Raid On Mar-a-Lago & What Republicans Must Do

Joe: "When we take back the House in 2023, bringing the National Security State to heel must be our top priority. Any Republican who is not ready for that fight is unfit for duty." pic.twitter.com/fr7s1HWcVQ 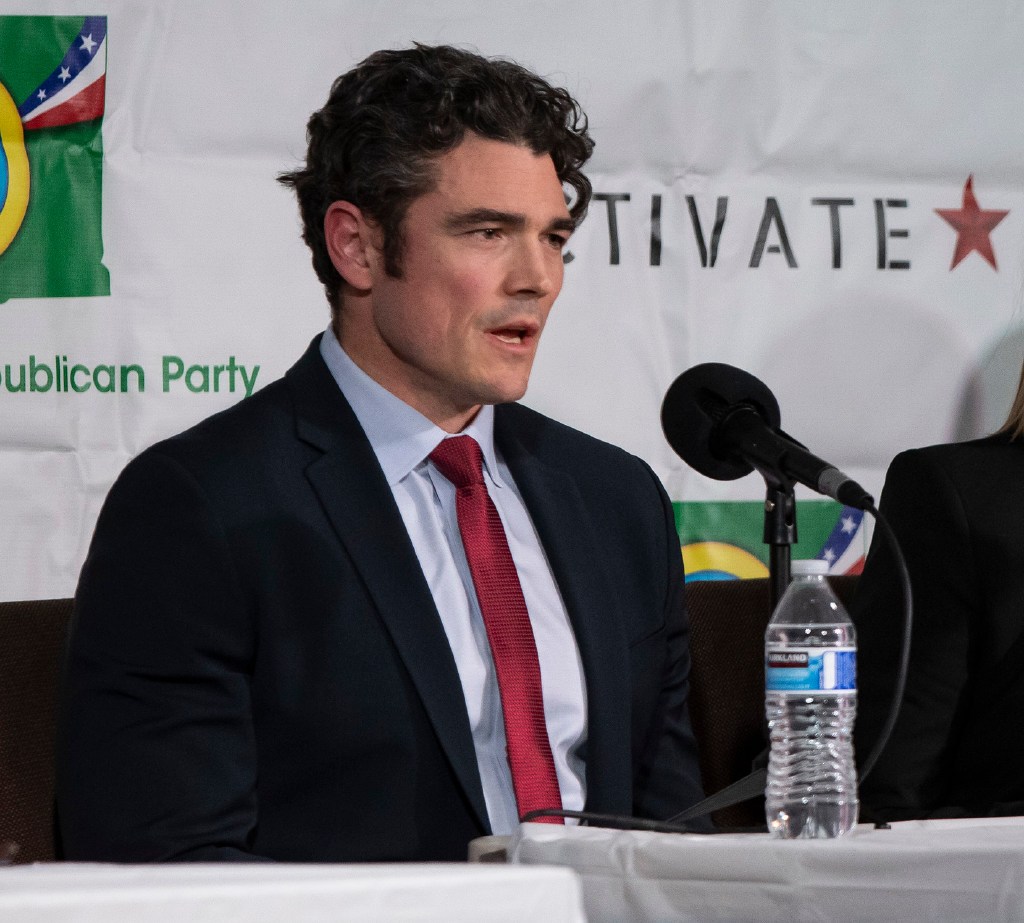 From CFP Commenter — WA is 100% mail in voting. They count votes starting two weeks before Election Day. This primary, it looks like 50% of the votes came in on Election Day. Temp employees work full time days verifying signatures, checking ballots and tabulating. Both Republicans and Democrats act as certified election observers. Since Trump 2020, Republicans have signed up in droves, outnumbering New Democrat observers 100 to 1. Republicans have a big presence observing the election process. In Clark County, the backlog of ballots will be cleared by Tuesday. They are processing 15K a day.

OK Joe, but I’d rather you be honored to represent ‘the people’ instead of the “party”

God Bless you Joe, a man, a winner, an American who loves the American People, The True American President Trump and who is determined to be elected and destroy the fascist ‘democrat’ takeover of America!

sure hope Lizzy is watching so she can throw the towel in with grace and honor that she will have to borrow for a few minutes like Jaime did.

Dan Newhouse as of today has 37,006 votes. If you add up the votes cast for the other six Republicans who ran you get 71,463 votes. Dan Newhouse didn’t win. He lived to see another day because we failed to unite behind an alternate candidate and the vote split too many ways. I hope we learn going forward.

Joe Kent – God richly bless you and bring you into Congress to help fight to save America!

Jab Till You Drop

I wouldn’t have lasted 5 minutes on Twitter. I would have responded to Beutler “You suck, You know it!”.

This guy’s wife was killed in military service ,while he stayed home and baby sat….Not a American value to me….

Joe Kent was a special ops in the Army. He did his time in theater and they rotated care for their son. Talk about something you know.

You sir,
Are an ASSHOLE!

Perez is a blue haired nose ring stinky hippy. No doubt “it” will receive millions in George Soros funding.

The truth about Joe Kent is that Jaime Herrera Beutler voted too impeach President Trump. That’s all I need to hear. I’d vote for Howard the Duck over that RINO traitor.

Jaime Herrera Beutler let it be known to all that you my dear have been impeached. ….. FJB…..

“The truth is that two years ago, I was one of President Trump’s official campaign surrogates and a leader of Veterans for Trump. I was so committed to helping him win that I voted for Bernie Sanders in the Democrat Primary because I believed he would be easier opponent for President Trump to defeat. I’ve never voted for a Democrat in a General Election in my life.”

Even better than his brother Clark.

I like this guy. Great for Washington State. Seems like a red wave is inevitable. Too bad it’s flying over NY. Zeldin is down 14 points in the polls to Hochul. Honestly, I think the polls are wrong here. Or, they are intentionally putting out false numbers to set us up for the steal. NY has been playing games with elections for decades. The only way Zeldin has a chance is if he can muster at least 35% of the NYC vote. Quite possible as Curtis Sliwa got around that % against Adams. I’ve read that if Zeldin gets 35+% of NYC, 60% of Long Island, which he will probably get more than that on the Island because it’s his home turf, 40% in Westchester and the rest of the state stays red as they always have, Zeldin can win. Its funny, I live in NY outside of the city and I have yet to meet one Hochul supporter. None! Zero! Yet, Zeldin is down 14% in the polls. Yeah OK.

Many of the polls are rigged and are designed to make voters feel like their candidate has no chance so they won’t vote.

I’ll send my out of state $25.00 for the cause. Too bad I don’t have Soro’s money or I’d bank roll him through the finish line. We need to break these blue states. I’m staying here in NY unless Hochul mandates vaccines for the kids. That will be my breaking point. I’m sure a lot of NYers feel the same way. I’ll tell you what, They’re going to lose a lot of tax dollars up here. But while I’m here, as I am sure Washingtonian’s feel the same way about Washington, I’m going to put up the good fight!

She’s going to mandate but said after the election.

Our family will vote for him!

For those outside the district, the guy did events every day for probably the last month and gave out his personal phone number if anyone wanted to ask questions. When I first donated, he called me directly I was pretty shocked.

“Washington State University Vancouver political science professor, Mark Stephan said Trumpism, or the goal to sustain powers associated with Trump and his base, has dominated the district and local politics in general.”

Does anyone agree that it’s just a “power” thing to be associated with, or endorsed by Trump?
Maybe I’m naive, but after listening to most of “America First” candidates I believe they believe in America first, Americans before global elites.
Of course voting to impeach President Trump didn’t help Rep Beutler.
Even if you don’t like Trump, as a member of Congress, you should know what is and is not an impeachable offense

This anti American dink pissed us all off here and glad to see her leaving and replaced by a patriotic, intelligent American.

I love it when pathetic republicucks are forced to bow to MAGA and admit, from their own mouth, their existential failure at everything.

Jaime Herrera Beutler ….Let it be known you have officially been impeached….FJB….

One small step for man, one giant leap for mankind…

Imagine that, do away with 99% only dimocraps counting votes,
Put in some Honest tabulation, and presto!
A Conservative backed by President Trump wins.
Miracles are happening!

If Conservatives take over the House and Senate in veto-proof numbers this November, first thing they should do is abolish the so-called Patriot Act.

The Patriot Act is the core foundation of the corrupt surveillance police-state we suffer under today.

Do you think it will actually be gone? I don’t trust any organization until Trump cleans it out and replaces with only his people, people he can totally rely on. Who those people are, we’d need to see if there are any left?

Another one bites the dust!

“The people were just too stupid to realize the good I was doing.”

Ten lashes for each man until morale improves.

get rid of all the garbage rinos.. the uniparty must go

Another one bites the dust …

Beat me to it!

The New Job for Jaime starting next week will Incorporate the phrase, ” Would You Like Fries with That?” 🍟

Her new job will be lobbying in DC with other RINO’S . That job lasts until the new Republican President in 2024, then she’s gone!