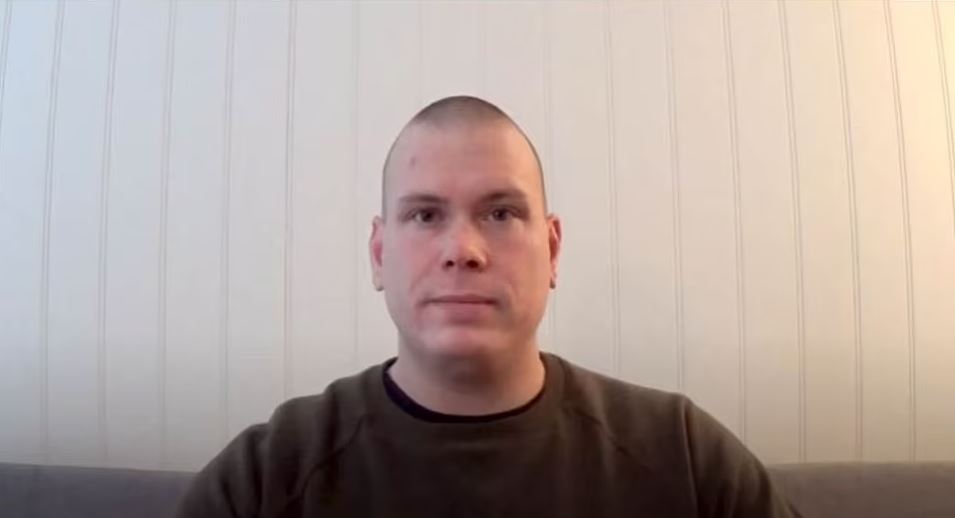 Muslim convert who had been flagged as radicalized goes on bow rampage in Norway: Danish attacker kills four women and a man aged 50 – over an hour AFTER he escaped police attempt to arrest him for shooting arrows https://t.co/2rNNJOcB9F

‘Bear witness that I am a Muslim Messnger’

The photograph, taken in August 2020 by a nervous neighbour, shows Espen Andersen Bråthen outside his Kongsberg home with two officers. It is unclear exactly what they were speaking about, thought the same month he was accused of breaching a restraining order taken out by his father who he had recently threatened to kill.

The picture emerged at the same time as an old YouTube video, which Bråthen uploaded to the site in 2017. In it, he delivers a screed that has been badly translated into English, in which he asks viewers ‘is this what you want?’, calls himself ‘a messenger’ and says: ‘I come with a warning’.

Police have released few other details about Bråthen, but court documents and testimony from neighbours paint a bleak picture: An ‘unstable’ loner with a collection of weapons who rarely left his flat, hadn’t held a job in years, suffered from mental health problems, used drugs, and was estranged from his family.

KONGSBERG, Norway (AP) — A Danish man suspected of killing five people with a bow and arrow and possibly other weapons while randomly shooting at strangers in a small Norwegian town appears to have committed an act of terrorism, authorities in Norway said Thursday.

The Wednesday night attack at a supermarket and other locations in downtown Kongsberg, a town of about 26,000 residents not far from Norway’s capital, left the country stunned as police released some details, including that officers made contact with the 37-year-old suspect but he initially escaped.

“From what we know now, it is reasonably clear that some, probably everyone, was killed after the police were in contact with the perpetrator,” regional police chief Ole B. Saeverud said Thursday. The victims were four women and one man between the ages of 50 and 70.

The man arrested Wednesday had been on the security agency’s radar. Police described him as a Muslim convert who was previously flagged as having been radicalized.

Svane Mathiassen, the prosecutor, said the bow and arrows were just part of the killer’s arsenal. Police have not said what other weapons were used in the attack.

Dozens of witnesses in Kongsberg saw the gruesome events.

“I saw them hiding in the corner. Then I went to see what was happening, and I saw the police moving in with a shield and rifles. It was a very strange sight,” Benum said.

The following morning, the whole town was eerily quiet, he said. “People are sad and shocked.”

The suspect is being held on preliminary charges, which is a step short of formal charges. He will formally face a custody hearing Friday. Police believe he acted alone.

Norwegian media reported that the suspect previously had been convicted of burglary and possession of drugs, and last year a local court granted a restraining order ordering him to stay away from his parents for a six-month period after he threatened to kill one of them.

Svane Mathiassen, who is leading the investigation, told Norwegian broadcaster NRK that the suspect will be assessed by forensic psychiatric experts Thursday. 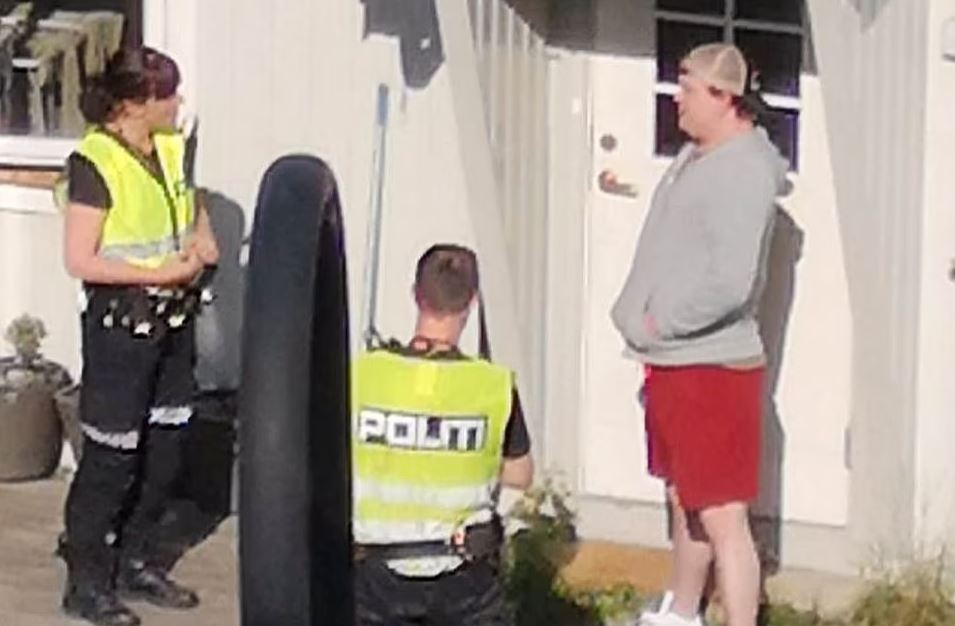 https://www.israelnationalnews.com/News/News.aspx/315189
NNNNNNNNN
Killed by a terrorist – MP Amess
A Real Mess.
Trojan Camel…
THE GOVERNMENT,
OFFICIALS,
Etc.
THAT LET THE
ENEMY IN.
An inside job.
Don’t mourn Traitors.
God out….Crap in.
Can no longer tell the difference.
Islam Good.
Christian God a Fairytale…
The Last World War.
Didn’t vaccinate you against the
NEXT?
Bummer.

Dang now the bow and arrows are causing problems, ban them

“The greatest trick the Devil ever pulled was convincing the world he didn’t exist.”

I think “The greatest trick the Devil ever pulled was disguising Satanism as Islam” is more apt.

Thet should execute him with bows and arrows.

So it’s not a religion of peace like GW Bush and Obama told us?

The only peace is Islam is when all infidels are dead.

To me anyone who converts to this has a big problem with women.

Does Norway do the “right thing” or do they further this, “fundamental transformation” garbage?

Why didn’t the police take him out with their guns!

The other weapons were a 2×4 and a rusty hammer.

And a sandstone rock weighing 15 oz.

Just legalize prostitution, and a lot of these sad, frustrated loners then have a spark of joy and a reason to carry-on in life.

It is I. Denmark. Might be in Norway too

Who buys a prostitute…for me? The chase is over half the fun. I love it when they chase me too!

Well we imported 150k of those frs over here !

Nice work by the woke police.

Call him a Muslim convert, a loner, deranged, call him what you will. He’s a base coward, put him down.

The Trolls are a funny lot – they hibernate in winter and fester their fantasies, then a few enact their murderous perversions on Woke neighbors while awake.

Assault bow. I bet it was black

Allah Akbar. The religion of peace strikes back

Think about what you’re saying. Do you think Jesus would be proud?

I don’t think He would mind as much as you may.

Really, another member of the religion of peace…you don’t say…

So who is the official retractor apologia for claiming him to to white and CHRISTIAN. I guess they made an assumption because he was a male and white, so voila! must be a Christian.
I think he’s mostly just mentally ill, why else convert?

Radar wasn’t very good. Ought to use official fbi radar. Was that a bump stock bow or a fully automatic? A good radar system could identify all that. Our fbis radar is magic, ought to get some of them. Made by Speculation Industries in Tel Aviv.

He looks too ‘tarded to work a bow. 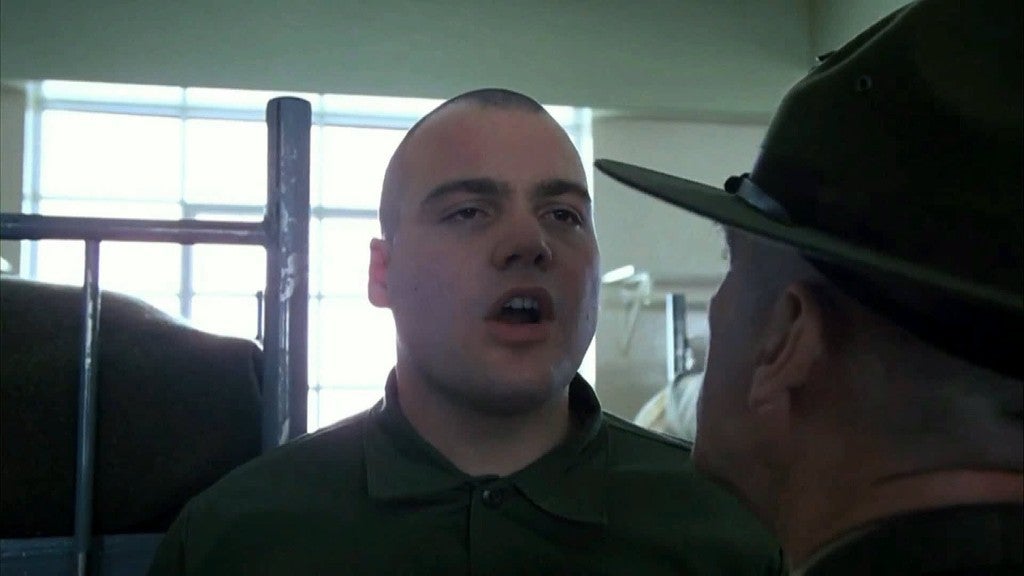 This morning they were saying he was a white Christian terrorist.

Instead of becoming a Mooslim, he could have just joined a political movement bent on world domination byway of violence and murder……..
Oh, wait, it’s the same thing.

If he wasn’t white he could have joined BLM Inc.

I don’t get it…where are the fletchings on the shaft/arrow?

As a deer Hunter it’s not unusual for the fletchings to strip off depending on where they hit a body, especially cheaply made arrows.

I thought it was interesting the article mentioned Anders Behring Breivik…sounds like they should lock the two of them in the same cell with a bottle of hair oil to see what happens….

I have hunted with a bow. Man, I would hate to have one of them bleeder broad heads in me

imagine how bad this whole thing would have been if they hadnt flagged him. . .
the only good thing is no muslims were,

The same should happen to him; that would be justice.

an armed society is a polite society.

whoa, whoa, whoa, hold on, i heard fox news this morning report nothing known about archer and terror ruled out…imagine that.

He was just an over weight donut eater pissed off at the world because he was ugly … and a FAT AZZ!

Without societal largess, this asshole may have come to his senses years ago. Every one and every institution that has supported him through the years is an enabler. An accomplice to his dastardly deeds.

Well at least he had been “flagged”. Looks like Norway police has been taking lessons from Christopher Wray.

Why can’t Norway do more about “Bow and Arrow Violence”. Can’t they ban them, along with all knives, sticks and stones. But, this Muslim immigrant can be drafted into the Norwegian army as an archer. They probably don’t allow guns in their military.

Correct, they are mire of a harsh language scenario.

Muslims are creatures that the left knows will not assimilate and that will wage perpetual war. When the left is done with them they are easily removed.

I went out on a date once with an Indonesian gal. She was dressed somewhat provocatively. She told me she was Indonesian, I asked if she was Muslim? She said yes, and I mentioned how she was dressed, etc. She replied, “I am a modern Muslim.” Muslims are a religion anyways, not a people like Jews….

Good job Norway cops, way to know about the radical jihadist and let people die. It seems like the cops, even here in the states always “know” about the killer, coincidence? I think not. This guy looks just like Pvt Pyle from Full Metal Jacket.

Convert or die carried out with an I don’t give a shit attitude.

Big boy like that should have a pretty high draw weight. Anyone know the stats on his bow?
Oh yeah, pity and all that. Unarmed population and police force incapable of defense tends to be a bit messy.

The religon of peace strikes again.

What I need to know,
And what no one has been able to answer for me is….
Does calling it terrorism make the murdéred people more dead, or less dead?
Or are the murdéred people the same kinda dead?
Same thing with the term murderer for that matter.
“Johnny’s not so bad. He just a murderer.”
.

And what is the definition of mass murderer?
Is it six murders? 10?
I know it’s not 2.
At 2 you’re still just a regular murderer, which is a bum deal for the dead guys if you ask me.

And what about the guys who killed hundreds of millions?
Stalin said those folks were just statistics.
Those murder victims got completely ripped off and what’s even worse, they teach these murdering techniques in all the schools of the countries which supposedly beat the tyrants.

When citizens start killing the evil and incompetent politicians that encourage the current muzlem jihad, this nonsense will end. libtards, rinos, and muzlems act how we allow them to. It’s time to start killing them.

CCP and Islam coordinated by Satan who is also using the veneer of affable incompetence. In JB to destroy America and the rest of the world. I think the Lord will soon have had enough of this garbage.

Honoring native Americans by using a bow and arrow

They used bows in England and Europe long before Sitting Bull was sitting.

I Thought it might be a relative of Elizabeth Warren when I first heard about this.

When bows are outlawed, only outlaws will have bows.

Hard to believe, but sadly true.

I thought for sure it was Tibetan monks this time.

Wait…an earlier story claimed he was a “white Christian”. Is that down the memory hole already?

He was before he became a Muslim

What do you expect from a religion that tells them to kill non believers or anyone wanting to leave the religion?

I volunteer to be on the firing squad

What a complete scumbag idiot.
But I admit that staring at the shape of his head makes me want some eggs.

Muslim love is like an arrow thru the heart!

Why is this murderer still alive?

What a handsome guy.

I used to do business in Kongsberg years ago. Such a wonderful, laid-back, small town. This goes to show that terror, murder, and mayhem from those who believe they are destined for world domination can happen literally anywhere — out of the blue.