Supercut — When will garbage media apologize to Trump… |

Supercut — When will garbage media apologize to Trump…

A look back at how cable news went all in on the debunked narrative that President Trump gassed peaceful protesters for a "photo op." pic.twitter.com/4pS4aQ8hpc

Rush called them the ‘drive-by’ media because they unload the magazine and move on to the next hit without remorse. 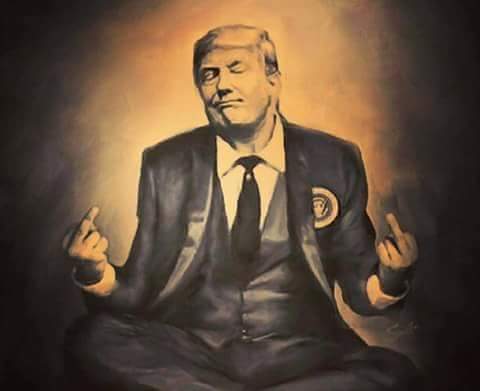 Why did this take so long to get the truth?? This will always be known as a “photo op”.

1. This is not “a church”. This is the church that all President go to after being inaugurated.
2. The lying press omitted that the church had burned the day before. It was intentional lying.
3. They lied about the removal because it was indeed staged by dc police that had all day to remove them but waited until trump was ready to go!!!

And even the “pastor of the church was in on the Trump bashing.

Don’t forget! They staged it by timing the removal of protesters at the same time that Trump had announced he would visit the church! They had all day to remove the protesters and they waited until trump was ready to go! Also: the press lied by omission by not informing the public that this church is super important and had been put in flames the night before!!! That part is never mentioned!!!

President Trump doesn’t need an apology from a dishonest, lying media….because any unlikely apology would simply be meaningless.

The American propagandists are in an all out mode to destroy President Trump not to apologize.

They should never ever be called media again , they are by every definition propagandist for foreign and domestic enemies of the US Constitution and the Free Citizens of the United States. They are not wrong about nothing, its all going as planned, it matters not if they get caught in a lie because they press ahead in their quest to overwhelm the system, creating Kaos and division to quickly destroy America as to trash our Constitution and our protection of rights. Then they can Transform America into what ever they want but fk splitting hairs on that part because I will never live to see it get that far . I was born a free man in the greatest country in the history of the world and I will die a Free man.I pity most of my fellow Americans who have been liviving with their heads in their ass ,they are not ready for what’s coming and most will not make it or ever recover. For my fellow Americans that are up to speed and make ready,,,,,,justice will be served , God speed to each and everyone!

We don’t do it for the same reason we cower behind our keyboards and let a few hundred commies steal an election, inaugurate a fake “president”, take over our Country and take away our freedom…

We have a terminal case of “No Balls At All”.

when trump is going to apologize to supporters for his surrender on jan6 and other actions.
he called them to DC and promptly threw them under the bus. one Ashley was shot and killed by govt. sponsored goon. many are still rotting in DC gulags.
.

Please explain to all of us how President Trump surrendered? You leftists have called him hit ler for so long you actually believe he is hit ler.

“Peaceful protesters”…? Could have fooled me.

Was it the fires they set or the clubs and rocks they were slinging that fooled you?

Turn off all media and see how much more enjoyable life is….

How would you know?

I did that in November and haven’t looked back. Go to the gym daily. Life is great. If only we had Trump’s economy back.

Notice all the commies are in an echo chamber.

So why should the news media apologize for being ignorant. They are just like a puppy who was trained to bark for food. It seems that the news media is now the story- not the story itself.. Liberals feed MSM garbage and all they do is rinse and repeat.. Conservatives should go after the source of content and bring that to the forefront.. MSM emulates liberal talking points because rich liberals spend lots of money on advertisements.. Go after liberal rich people for spewing crap…

Let’s review (from decades back):

ABC News’ George Stephanopoulos donated $75,000 to the Clintons personal
“charity” was a top operative in Bill Clinton’s 1992 presidential
campaign and then served as communications director of his White House.

ABC News executive producer Ian Cameron is married to Susan Rice, Obama’s National Security Adviser.
Susan Rice is the one who went on the Five Sunday talk shows blaming Benghazi
on a video… A talking point put forth by Ben Rhodes Security Adviser
for Strategic Communications.

Ben Rhodes is the guy responsible for floating out the video lie/narrative
regarding Benghazi… No wonder CBS and the rest of the MSM didn’t
cover the story… Couldn’t make Hussein Obama look incompetent, or worse, now
could we. Oh, and by the way,

Then one man comes along and causes a disruption in this corrupt power hungry click and all hell breaks loose! Seeing as though they’re unable to eradicate the threat as accustomed they do pretty much everything under the sun to assassinate his character which only causes his popularity to grow! God they’re so stupid 🤣

Htos1av, Thanks for sharing, the list was very informative

kosher media apologizes to no one the more disinformation they disseminate the more their goy consumers love them.

Legacy media reporters have inflicted and continue to inflict huge damage on our country. They are public enemy number one. At some point they must be stopped.

The media will never admit they are wrong! I predict in 5 yeats we will still be hearing Pres. Trump cleared out Lafayette Park for a photo op. The truth will be forgotten!

Operation Dark Winter was a success for the demonrats.

Google (or honest search engine) your local TV station/newspaper IE: Hearst Media, etc. See how many stations are owned by a single entity. That my friends is how/why they all have the same sound bites. Russian collusion, systemic racism, peaceful protests…………………… Then find the big cheese that owns them.

There IS VERY LITTLE “media” or press in the US, and hasn’t been for years. Only outlets for the communist infiltrated CIA and their various subdivisions. People are slowly figuring this out. They will not apologize because it is all about the narrative, not informing people, and they bank on people not remembering and being confused.

It will be helpful when the corporate executives at the MSM media propaganda machine are convicted and hanged for treason.

Illegal campaign contributions to politicians that support undermining the constitution and bill of rights with the patina of journalism is not protected speech.

hang them high on cspan at dawn.

Our powerlessness to hold the media accountable for their lies is the greatest tragedy of this age.

We are not “powerlessness”…

We have held the commies accountable simply because we don’t have the balls to fix the problem.

The same We Hate America Democrat talking points memo is transmitted to all media participants, then, lockstep, they all spew the same lies over the American viewers thinking we’re so stupid we won’t notice.

The wealthy liberal elitists, ie: Hollywood, MSM, Social Media, Professors, Teachers and basically the entire Democratic Party will be the first to go when they reach their objective of MARXISM. They think they will be protected because they helped with this coup, it never happens that way. They will be eliminated by the very powerful that they handed our country over too. Their ideology will be their destruction. Their narcissistic bubble will pop.

Evil has a huge tendency to eat their own .

Narcissism and ignorance are twins. One breeds another.

Never, we are enemies to the bone. They want a Marxist society which means the destruction of all this nation stands for and the confiscation of all you have and that includes your children.

They are the propagandists for the globalists that run this country. Unfortunately, 60 percent of the population believes their bullshit.

I don’t believe that. Trump won. We are the majority. I think they’re about 30-35%. MSM makes us think they have more buy in. They’d also make you think gay and trans population is 20%.

Turn off the idiot box called a television and cut the cable to save your money. After 5 years, I have never felt so liberated from the global scourge. Peace of mind is to boycott all these demons whether media, academia, corporations, foundations, NGO’S, science, medicine, government or any piece of shit that wants to control others and won’t mind their own damn business. This WILL get very bloody soon enough. This collective sustainable development society can go suck a huge root.

What? Where did he go? He’s still President, right?

They will NEVER apologize, they will even try to re-hash some of the lies in the future. You can count on it…..

Answer: Never. They lied intentionally to smear and create a false narrative and they don’t give a shit.

He chose traitor pence for his v.p., appointed barr and sessions, let barr appoint wray as “director of the fbi”, fired General Flynn, listened to advice from turtle mcconnell, ivanka, kushner, and fauci, appointed three “ringers” to the supreme “court”, picked Rudy to defend him rather than Sidney Powell, and is now convinced that the failed rnc/gop/rinos are gonna magically grow a set of balls and save our Country and our freedom…

Hopefully he will “wake up” before it is too late…

I watch the drive-by media often for entertainment purposes. Problem is I can only watch about 5 minutes and then I have to puke.

I only last 5 seconds.

They will never apologize! They are so blinded with Trump hate, that they are willing to destroy the country to undo what he accomplished! Democrats are like that psycho ex that stalks and harasses you with keyed car, 2am hang ups, leaving dead animals on your porch and setting up fake social media and constantly trying to hack your accounts! They are crazy and dangerous!!!!

When are they gonna hunt down and jail without trial or bail all THOSE peaceful protesters?

Not until their purpose is served. That happens when totalitarianism is in full swing.

Every lie of any consequence I have heard in the past five years has come from the left, either the Dems, or the msm, or both!

And throw in the Rinos!

they are the same thing

It’s comical that the drive by media blasts Trump for crimes they themselves commit.

Trump is the GOAT President; and how sad it is for those that are so ‘TRIGGERED’ they can’t see past the end of their own nose.

They are truly missing out on HISTORICAL BIBLICAL TIMES whereas GOD is PUNISHING SATAN AND REMOVING HIM FROM EARTH!

They had too lately because of lawsuit threats