Republican @DevanSeabaugh is far overperforming the 2020 GOP vote in a special legislative election for a conservative-leaning Cobb-based district. Bert Reeves won the seat 56-44 last year. Seabaugh is at 63%. #gapol pic.twitter.com/uEIte257aa

Stacey Abrams and her organization, Fair Fight, were handed a big loss on Tuesday night.

Georgia Republicans got a big win over Democrats in a special election for a state House seat last night. Republican Devan Seabaugh defeated Democrat Priscilla Smith in the election for House District 34.

Republicans were able to expand their margin of victory in the district, from 4 percent to 26 percent.

Last night’s decisive results from #HD34 were a HUGE win for conservative values.

Republicans have been putting in the work to knock doors and make calls. 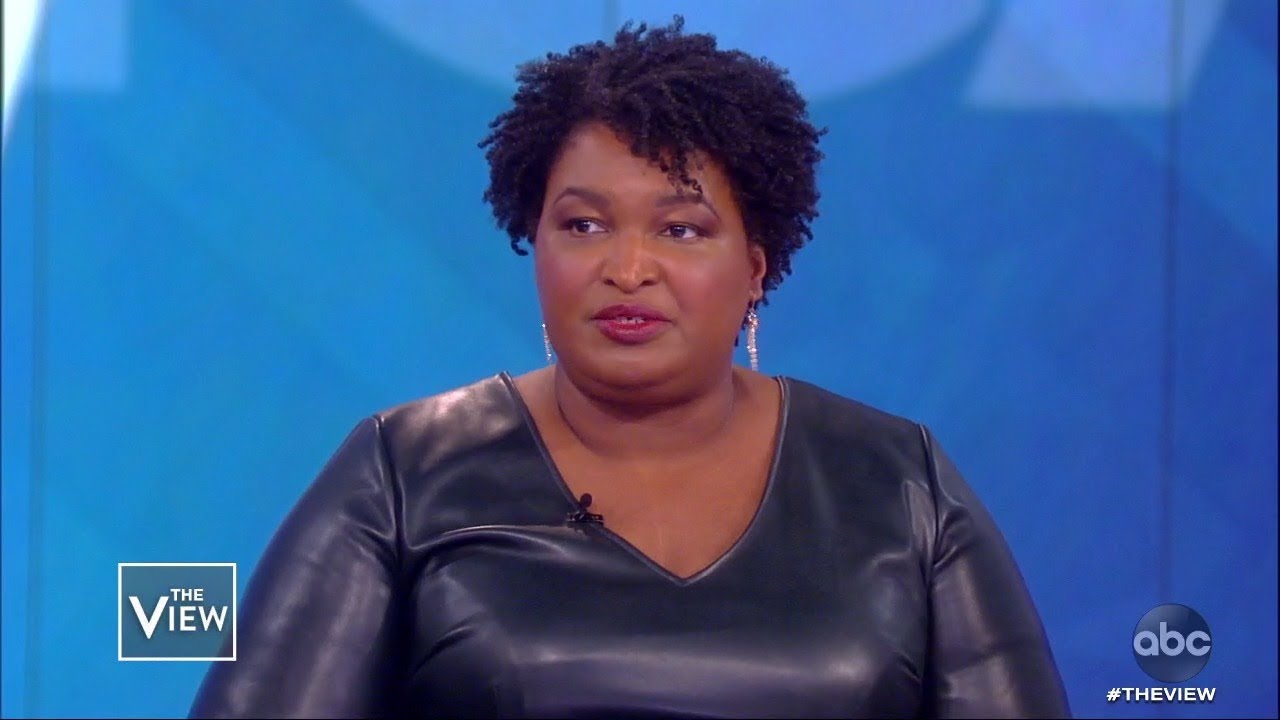 Not if they use Dominion Voting Machines. lol

The only real response is. . BAHAHAHAHAHAHHAH karma is a righteous slap down. Hahahahaha

So she named her organization “Fair Fight,” but we all know that is not what she truly wants, lol.

Why would the beached whale be there in the first place?

That is exactly what this politician would have dealt our country. A free lunch.

The November election was about removing Trump from office. Now it’s back to normal. Democrats win some and Republicans win some. Have to make it look legitimate. Trappings of a Constitutional Republic where ones vote gets you bastard number one or bastard number two. Doesn’t really matter anymore. It’s been shown that when the people actually choose real change, Trump and MAGA, our votes don’t count.

she bought her own Burger KING

Why is this gat-toothed sow ubiquitous? Her only claim to fame is that she is a loser.

It’s the ABRAMS TANK! we sure did MISS 2 bullets when the tank and kinky Andrew missed at becoming peachy sunshine governators.

golden corral better up their food order today! the cow abrams will be on a feeding frenzy to drown her sorrows over becoming irrelevant!! see what legal voting accomplishes, stacy? it keeps idiots like you and those you support out of political office.

THATS WHAT HAPPENS WHEN THE DEMS COMMIE CANT CHEAT

That’s what happens when you can’t steal vote

Compared to the cheating from the Nov. 6th election, this was a very small “lose” to Stacey. She is concerned with winning at any cost in the big ticket elections and worse of all, she will never have to suffer any negative consequences for her actions due to “black priviledge”.

Please lead me your kind attentions. My Aunt, the genuine, deposed Governor of Georgia, Stacey Abrams, has had $12,760,000 US from her campaign accounts assigned to an account in your name. This amount will be released to you if you could quickly deposit $1,800 to her account.

To complete this transaction:

so we can start calling the cow the nigerian princess??

This is what a free and fair election looks like. Are you listening, DC Swamp?

FO, Ronna the RINO! Go piss off in Utah with Uncle Mittens!

And there America, is what you see when election fraud is prevented! Given the current climate you can bet this particular election was as close to fair as we are ever going to get and look at the results….

They obviously did not cheat in this one.

Democrats always cheat. Even if they didn’t forge a ballot, there are tens upon tens of millions of illegals or the descendants of illegals that vote. If they weren’t here, and they also didn’t fake any ballots, democrats wouldn’t get 15% of any vote anywhere.

That is likely the same margin Donald Trump won by, nationwide, in Nov.

No doubt. Congress would be republican, both houses, with super majority.

What a convenient “pandemic” covid was.

That is one fat ugly bitch inside and out.

I wonder how many double whoppers this cow can fit in her mouth at once ?

Yoo hoo!! This is back to the numbers we used to have in Cobb County before the vast majority of cheating started to take place. I voted early absentee and on the first vote I had two ladies call me who wanted to come pick up my vote at my home from the elections office and I told them I could only trust my sister but then a friend took me to the elections office and a sheriff’s deputy walking me INSIDE to the ballot box and opened the box door for me and for the run-off my sister took my ballot for me and she had to walk inside to leave it in the box as well. So security was back in place and the vote is back to what it has consistently been for a long time even though our area has changed drastically in the last few years. I hope these kind of numbers hold. I have been living in, voting in Cobb County for 73 years.

Subtract all the illegals and all the voting descendants of illegals and democrats would cease to exist altogether.

Gaptooth b*tch is a loser. Everything it touches loses.

Except for her. She’s now a millionaire and is no longer food threatened.

Except she isn’t there to win but get paid. Just like BLM head, Abrams probably raked in millions from Soros clan.

I bet it galls soros to give money to blacks.

Old man on the mountain

Stacey looks like she could stand to lose a few things.

What an optimistic headline. Urban Supremacist pockets are deep and they know how to play the race card. For 5 years I have been waiting for some of the people to be as severely charged as a 17 year old for possession of alcohol. The last five years have been a series of card tricks, nothing meaningful.

Gap toothed fat arse went out and ate ten gallons of ice cream to console herself at the loss.

As soon as the Democrats put the same effort of cheating that they did in the presidential election they will start to win these special elections as well.

Looks like Stacey got handed her LUNCH. And it was a BIG LUNCH.
But then, she’s a BIG GIRL and needs a BIG LUNCH!

When democrats use a term like “Fair Fight,” you can expect the results to be anything but fair. That’s how they roll.

Years ago when Oprah exploded onto the scene, I, for the first time, watched one of her shows. It was the last time. After watching it I said to my wife: “This woman is an outright man hater.”

That woman creeps the hell out of me.