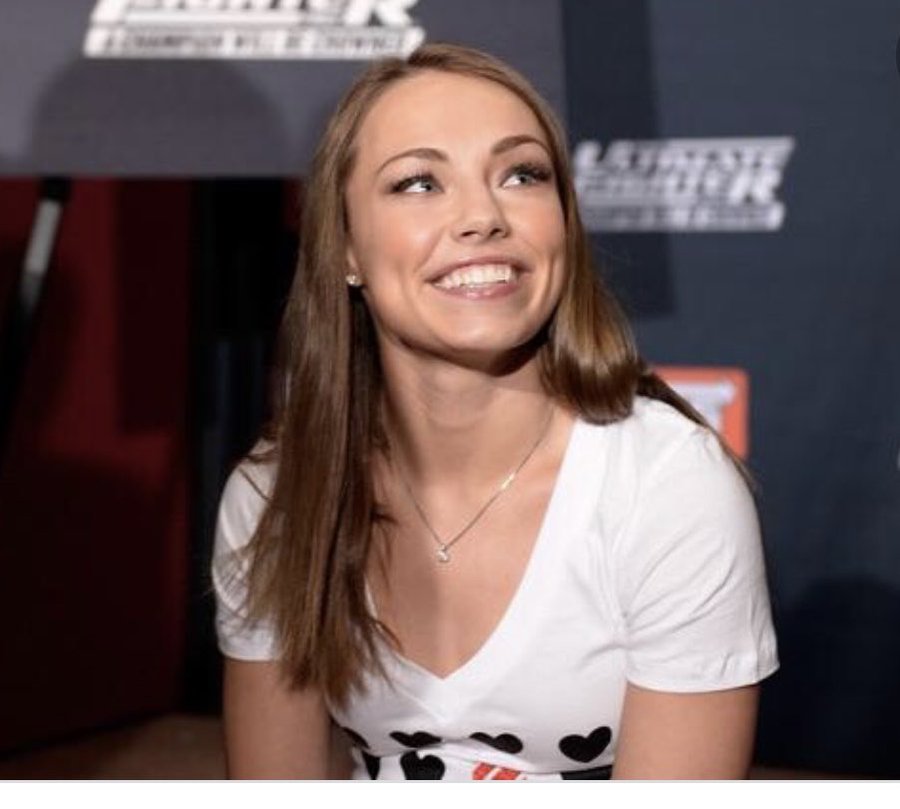 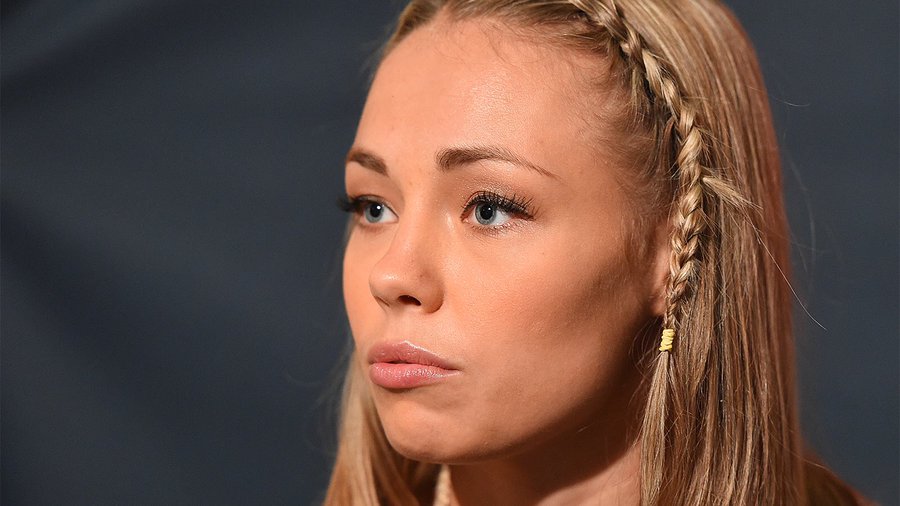 Thug Rose is an American legend

If you're tired of women being different from men, UFC is for you!

I remember when radio legend Don Wade (WLS Chicago) cut her off after much promotional hype about her appearance on his morning show. She was drunk as a skunk and he dismissed her after about a minute and apologized to the listeners.

Plenty of reasons for any other girl or lady to be jealous of Rose.
You can just tell she has been through hell and came out on top.
Rose, Holly and Schevchenko are great champions. Bullet is probably
Russian secret service.

Never cared for women beating each other up. Don’t care if it’s UFC or a street fight. Ain’t right. In that respect, Coulter is dead over the target.

I’m not saying women can’t be tough. They sure as heck can be.

While there’s nothing wrong with acknowledging a woman’s beauty, and Rose is very much a beauty, I find the vitriol towards Coulter and her looks a bit much.

Have enjoyed some of Coulter’s article and own one (old) book. Coulter sickened me when she turned on Trump, but like her guy pal Drudge, she’s about clicks and selling books.

Coulter is now and has always been about Coulter. She’s a self promoter. If you were fool enough to hook a cart to her wagon, you’re the problem.

Trashing her looks and calling her a tranny is a reflection on the commenter NOT Coulter.

She may be an asshat, but she’s been remarkably successful in her self promotion. While she’s no spring chicken and she’s never been “hot”, she is no purple haired whale of an ANTIFA gender neutral looking thing either.

Go ahead and downvote me.

Trann Coulter is bitter that Rose looks more like a woman, even with a crew cut, than hideous transgender Coulter could ever hope to.
Shave your Adam’s Apple Mr. Coulter!

If you think that Rose looks more like a woman than Coulter, you have spent too much time in Gay bars meeting up with trans males pretending to be women.

Rose,.kicked China in the nuts.I have no animosity towards Welei but her communist government is evil!!

Ann Coulter is just a bitch … I wish I had never trusted her, never spent a penny on any of her books, never gone to see her speak, never supported her on social media. She’s just a total backstabbing disloyal catty bitch. Too often she speaks and tweets before she thinks … and she never apologizes when she’s wrong. And she holds grudges against everyone … everyone. And I am pretty sure she hasn’t had any peen in years … over a decade at least. She’s hell-bent on trying to make everyone dislike her for so,e reason … owell, she finally convinced me to do-so. I simply cannot stomach her anylonger. She has no redeeming qualities remaining from which I might pull to reverse course …. she’s Rosie O’Donnell’s antithesis, but in a bad way, in the other extreme. Both are equally unbearable.

Coulter who? oh yeh the blond mouth that trashed Trump like the Rinos and Gestapo // Demcomms. “Diner at 8 with Bill Crystal and Ann, don’t miss it”.

Coulter is trash. Thug Rose is lights out gorgeous, with or without hair. She says it gets in the way whilst training and that seems pretty reasonable. Coulter turned on Trump due to the wall that’s literally being built right now. Coulter is trash. Rose is an American legend. #BetterDeadthanRed

I’m sorry I saw that fight. It was horrible. Thug Rose got one lucky shot and awkwardly continued beating on someone who’d already been knocked out.

Zhang wasn’t knocked out, and pouncing on an opponent is part of UFC.

It’s a ‘kill or be killed’ mentality in the UFC, Brad, which is why the referee’s role is critical. I suggest you find another sport to watch since Rose did nothing wrong and was the rightful winner.

She took hits. She gave them out. Against an opponent of that caliber, there are no “lucky” shots. If you don’t train for them, hard, they just don’t happen.
And as far as “one lucky shot” … it took a hel of a lot of fighting (and winning) to get in that ring for a title match. Nobody gets that lucky that often.

Reading comments shows precisely how self-titled conservatives are the same as liberals.F’ng judgemental hypocrites over the length of a girl or a guys hair.Where is this “rule” that hair-length is for man or woman?According to one idiots comment Jesus “was feminine”.Yup my hair is & has almost always been halfway to my waist & it’s never prevented me from whoopin the dogshit out of anyone.And I am hardcore conservative as you will ever meet.Enough of you pretend conservative poser hypocrites.Chicks fighting is not my thing but I aint a liberal hypocrite or a fake conservative who claims they love freedom only when it suits my opinion.

I feel ya cocked and loaded.
I’ve had long hair for 40 years since a teenager.
Both my parents were very conservative Catholics who always gave me shit about it. I finally had to shit.them up because I was sick of hearing it.

I told them to.stop being hypocrites. The men they admired most – Christ and our forefathers
ALL had long hair and those that didn’t wore wigs.
So get over ur bs

I’ve got a couple of Anne’s books — but she has never spoken for me.

Me too. You’re absolutely right.

After coulter turned on my president I took every one of her books that I have collected and threw them in the garbage. I could have taken them to the goodwill but I didn’t want them to ever be used by anybody else. She is dead to me, she is dead to the right, and the left hates her guts anyway. Her career is gone – Nice job baby…

Same here. As a sarcastic a-hole myself, I always enjoyed that aspect of her writing, and I really did learn a LOT about the French Revolution from her book Treason.

I quoth the Raven: “Nevermore.”

Exatly Schram
Once mAnn Coulter whined for attention and threw Trumpie under the bus and kept asking where the wall was when he had the whole establishment against his wall I new it was time to turn the fake man bitch off. Been happier ever since.

Ann Coulter dated Bill Mahr. That is all I need to know. She is human garbage.

She is still talking about A WALL. They don’t need to go around the wall, Ann, The Democrats are bring them into the country by train, plane and bus, the wall is irrelevant now.

No, that is not a girl- that is a woman. An actual role model for girls. She doesn’t “play games” with other women and she doesn’t run her mouth for Nike money. She fights other humans for fun and sport. Get a clue. Ann, I’m usually in your corner. You just flat out shoved both feet into your mouth.

I’m ex military and worked in a maximum security prison. I dont look for fights, but if it came to it, I believe I’m feminine enough to whoop your ass, basement boy.

Big Mike and Andy Coulter should start a group called the Pussycat Balls.

Give me a vomit bag now.

This is the type of stuff they forced that dude in Clockwork Orange to watch while they held his eyelids open with tooth-picks.

What is she worried about? What a hater. if the woman wants to fight, how does this affect her? It doesn’t. She’s jealous and is triggered by a physically strong woman. Focus on Demon-rats Colter! She’s from Darien, CT, no wonder!

Ann was hot 25 years ago. That fighter chick, like the rest of them who do that, start off hot but gets enough punches to the face to look like a trailer park resident.

For example, anybody remember that sweet looking Parvati girl on Survivor? Exactly.

Listen to Jack he is obviously a savant. 🙂

His chest has always looked pretty good. Adam’s Apple not so much… LOL

If they are kicking the shit out of the Chinese, I do!

Why would I have a preference? If I have any objection it would be because I don’t like gladiator sports … including football. That said, I’ve sparred with a 3x Golden Gloves winner (my cousin) and I appreciate that there is a lot of thinking that goes into it.
BTW … he got pissed and let loose on me. When he got pissed, I got a jab through and dropped him. He never got through because, despite his better training, he wasn’t mentally prepared for a guy who was 30# lighter to also be faster and stronger.
ADHD to the rescue. 😉

My first thought about SEEING Rose with that short hair and having never seen her before was, of course, ‘looks like a guy, how unfeminine.’ After seeing highlights of the fight, hearing her talk more, her respectful demeanor and humility after her win, and then seeing these pics of her with long hair once, hell… I say you go ROSE! Ann Coulter can take her skinny @$$ over to the bench, have a Coke and a smile and shut the hell up. Tired of her anyways. Some people have the microphone too damn long.

She is beautiful with the long hair.

She was beautiful even with blood on her face. I like the look of victory.

At least she doesn’t have an Adams Apple. And she hates commies. What’s not to love?

She does have a prominent adams apple on her skinny neck – look closely!

Rose Namajunas is an American PATRIOT and my wife and I are so proud of her for what she has accomplished!

WE LOVE YOU VERY MUCH ROSE, JUST KEEP BEING YOU BECAUSE YOU ARE GREAT!

She’s one to talk, Anne looks like a lanky dude with that madam’s apple.

Kicked it precisely and quickly too I might add 😀

Hey, hey, hey! Let’s not speak ill of the dead, all right?

I was reminded of this song, “Lithuanian Bombshells”

I don’t love the women’s fights but I do love this Rose lady. She is very impressive as an athlete and a fighter. She is very beautiful as well. Ann, not so much. Plus UFC and Golf are the only sports I know of that don’t openly hate their customers at this point

Rose is a HAF commie hating badass. Ann used to be a favorite of mine until she turned out to be another RINO hack. Easy choice. Bye-bye Ann.