NBA players NOT required to get Vaccine… |

NBA players NOT required to get Vaccine… 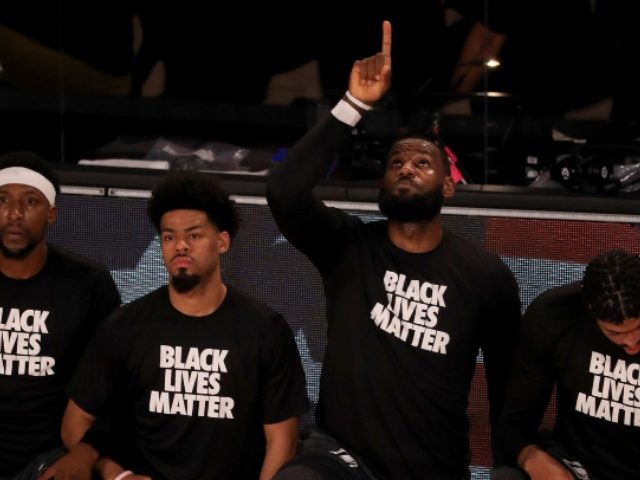 NBA players will not be mandated to get vaccinated against COVID-19, league sources tell ESPN.

The NBA and NBPA continue to negotiate aspects of COVID-related protocols and procedures for the upcoming 2021-22 campaign, but the NBPA has refused to budge on its demand that players not be required to take the vaccine, sources say, and any proposal that mandates vaccination remains a “non-starter.”

Roughly 85% of players are vaccinated, a league spokesman recently said, and, in a preliminary memo obtained by ESPN in early September, the league outlined a set of strict protocols for unvaccinated players.

Such protocols include having lockers far from vaccinated teammates and having to eat, fly and ride buses in different sections. These protocols are not final and are still subject to talks with the NBPA.

The NBA informed teams in early September that new laws in both New York and San Francisco regarding vaccine requirements will be enforced for members of the New York Knicks, Brooklyn Nets and Golden State Warriors — including for their teams’ players — unless there is an approved medical or religious exemption, according to a memo obtained by ESPN.

In late August, the NBA informed teams that personnel under team control who worked within 15 feet of players or officials during games would be required to be fully vaccinated by Oct. 1.

Rules for ME and MINE and the rest of us Peons, but not for THEE..! Yeah, we’ve already gotten that memo.

My Body, My Choice
Hands Off My Body..!

The NBA is a racist joke! Their support of China is a disgusting fact! And it’s exemption from statist policies is an affirmation of what Democrat party is all about!

Vaccine Apartheid. Another great social innovation brought to you by the Democrat party

Also how is the vax going to affect sports betting? I need to know what players are walking around with their organs filling with self manufactured spike proteins and getting brain fog. Thats going to affect their performance.

Are they going to play games in LA?

ummm..im sure every NBA team is a company with greater than 100 employees. Are they thinking the OSHA rules dont apply to them?

Pretty sure nba has more than 100 employees. It will be “interesting” to see how plugs, et al., defer to them…

In a communist society athletes are given a little bit more freedoms than us commoners.

That’s understandable, they have no audience and bet on the next tv contract that will be offered at a much lower price. it will be named the La Bron contract.

I play in the NBA too.

The Pure Bloods and the Tainted must eat, shower and congregate separately saith the King.

And then they get on the court with each other.

Segregation and discrimination. The KKK is proud.

After that move, I may start watching again.

China gave Joe instructions for the exemption so they don’t lose any players for one of their favorite sports.

Every team should be sued for treating their other employees differently.

There goes the whole BLM thing out the window. Oh wait. Blacks killing blacks never mattered to them anyway.

Because the NBA is knee deep in China and they can’t afford to loose their favorite entertainment.

Kneeling on the floor and no vaccine needed, gee whiz how special are the NBA players?

this PROVES that these shots will kill your a$$

truly you can see it with the Yankees

before the shot they were kicking butt

also how the hell is that legal to have one rule for the players and another for the staff?
its not.
the whole mandate thing is a hoax as well
dont get the shot
make them fire you
then sue them

The NBA has more than 100 employees, why are they special?

NBA players are 85% vaccinated, according to who? Sea hag Pelosi says nearly 100% of congressional Democrats are vaccinated but members of congress are exempt… just like NBA players. Why would that be? It’s pretty obvious both entities are lying their asses off about vaccination numbers. Let’s see some proof. We hear numbers all the time yet no one provides a shred of documentation. Kinda’ like Russian collusion. All kinds of evidence (supposedly) but none that they can actually produce.

No jab? Pays to have connections to China. Biden wouldn’t dare mess with China’s franchise.

I just read that 70 people a day are dying from the vaccine itself. I guess that is the price to pay during a political pandemic.

You are correct. Also, many of the so-called vaccinated that are getting covid and dying are in fact dying from the vaccine. Take that nasty stuff at your own peril.

Can’t wait to miss the entire NBA again, just like the National Felon$ League … like last year. No thanks you racist thug$

Besides, you’ll need the extra money to offset the double-digit inflation.

Let’s see, we have Congress being exempt, federal postal carriers exempt, the NBA exempt, millions of illegals exempt. This has absolutely nothing to do with healthcare. The lawsuits should be a cakewalk.

NY teachers and NYC healthcare workers* add to that list of (more equal) than the rest of us too.

LOL! Doesn’t surprise me one bit. It’ll be fun how it is spun though. Get your popcorn.

I’m taking a knee on the vaccine

Where’s the vaccine for being stupid? FJB

Not for me but for thee…another example for class action suit against mandate.

So how does King Joe decide who does and who doesn’t?

It depends on how many paintings you buy from Cracky Magoo.

I’m trying to figure out what the common denominator is.

Based on the demographics of those who are unvaxxed, the vaccine mandate is racist as hell.
Just sayin…