Chelsea Clinton Hubbell… Photos of her half sister |

Chelsea Clinton Hubbell… Photos of her half sister

“It still isn’t, kind of, easy, fair or equal for many Americans to vote and I think it’s really important that my children understand that,” Chelsea Clinton Hubbell says

Clinton’s comments were made during a national Women for Biden organizing call with Ayanna Pressley.

“You know, 40% of Americans with disabilities report that they have real challenges voting in person. And so in states where there haven’t been, kind of, no-excuse absentee voting or where there hasn’t been the introduction of early voting yet, you know, it still isn’t, kind of, easy, fair or equal for many Americans to vote,” Clinton said Thursday evening.

Chelsea and her half sister Rebecca Hubbell 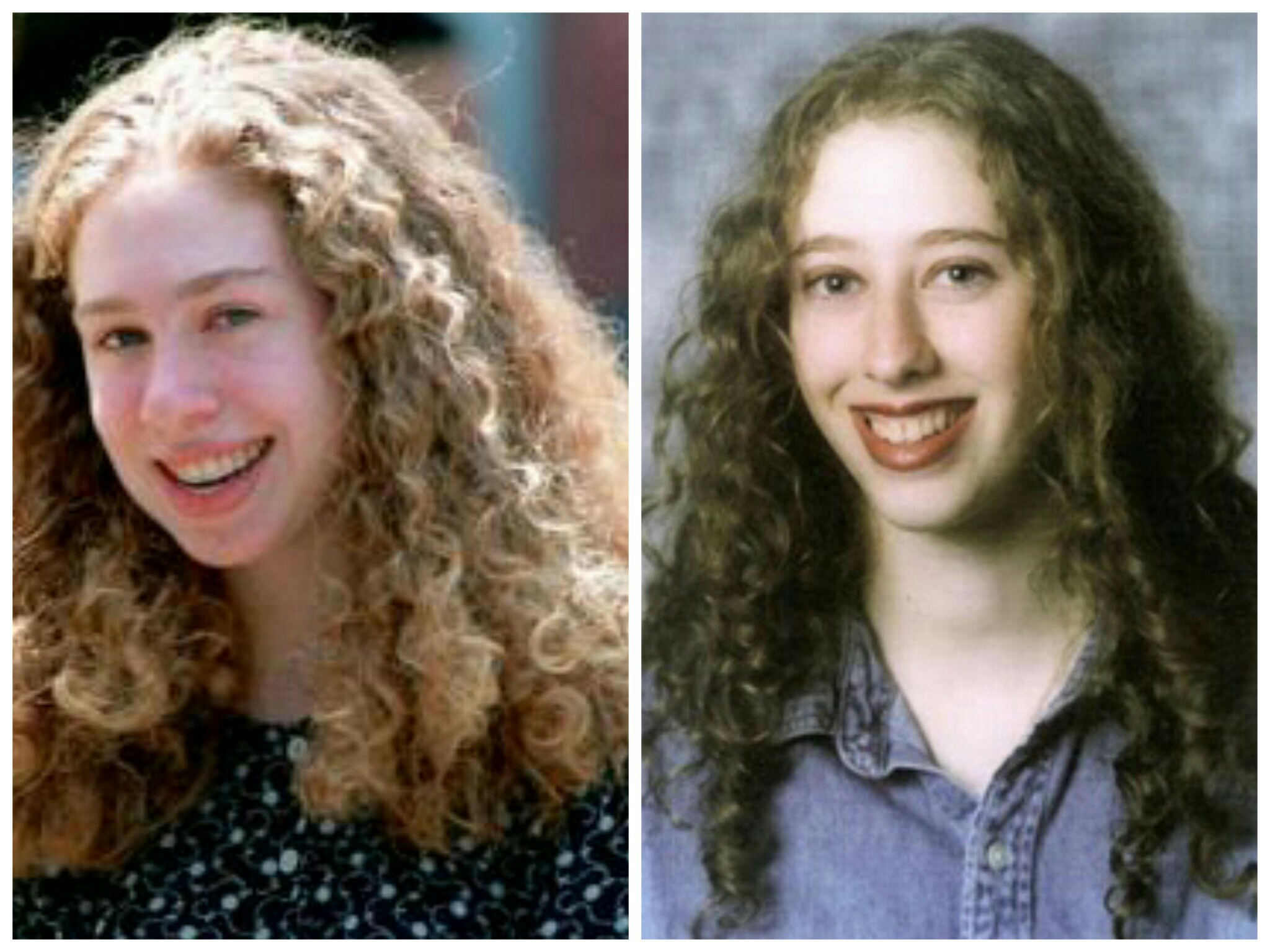 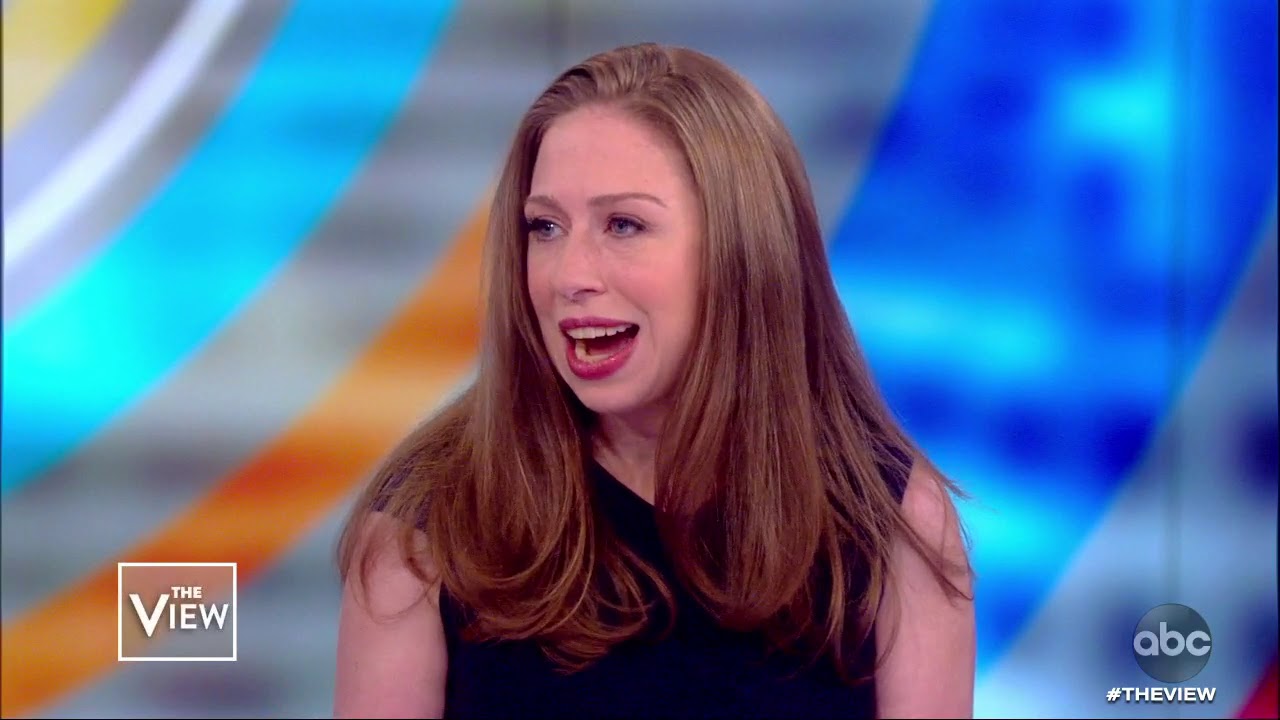 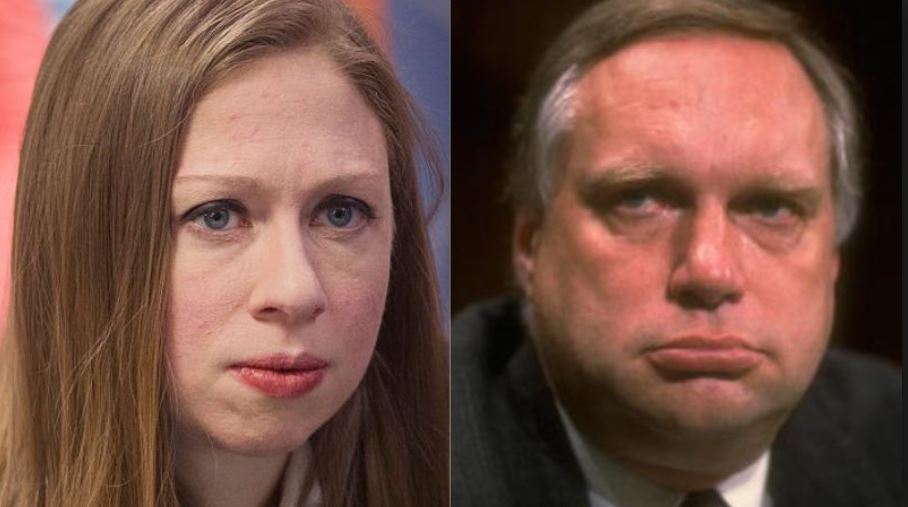 FOR NEW VISITORS TO CFP

We update headlines 18 hours per day, 7 days per week!

News Junkies — Bookmark our home page, and try not to get addicted…

This child hit every single limb on the way down when she fell out of the ugly tree.

Stop being a victim.

I have to admit, I don’t really, but I do feel a bit of sympathy because my Father left before I was born at my mother’s insistance because he was afraid of the police and they were living with my grandparents because they were laid off from their jobs due to WWII. Life can be extremely difficult for everyone. My father was likely was abused by my coal miner grandfather my Mother believed probably not sexually, before I was born. Years ago and I know this from my actual memory no one was at all proud to be bisexual. That was truly weird beyond measure before my generation and I never contributed to it’s acceptance.

When Bill said he didn’t have sex with that woman, he meant Hillary.

So Hubbell popped the Clinton bubble??? Hillary, you got a lot of ‘splainin to do…

The bright side is Bill was shooting blanks

“It still isn’t, kind of, easy, fair or equal for many Americans to vote” Is that why we had a record vote this past election? What a stupid comment, from a stupid leftist. Typical.

She just wants the least literate and least informed elements of society to vote on how it’s run, that’s all! What a joke, these people pretty much openly admit how corrupt they are.

Where I vote is ADA approved. All you need to vote is a picture ID. Its been that way for years and years. No one complains.

It still boggles the mind that Hillary could get even one man into bed much less two.

“DO I THINK Webb Hubbell could be Chelsea Clinton’s Real Daddy? Absolutely.”
http://www.sallymillerthebeautyqueen.com/436729046/6864654/posting/

I’m sure that’s OK with Bill. While the wicked witch was jumping Webb’s bones, Bill was scoring some fine stuff.

Holy smokes HILLARY!! You did boom boom with THIS lard ass freakazoid? Well he was your boss or law partner and Bill was busy on Pedo Island with the 13 year old natives right?

A video exists of Chelsea being confronted at her book signing by a dude ( funny troll ), repeatedly asking her if she knows that HUBBELL is her REAL last name and he is her REAL father!
The Spawn of Satan bitch tried to keep her cool and could only repeat, I’m proud of my parents , thank you for your interest in my book ! It’s probably on You Tube…….funny as hell! I

To my knowledge it’s not on video however, look for an interview that YOKO ONO, gave when asked about 2016 candidate HILLARY Clinton. “Yes I met her once , years ago in New York …we made love, very passionate..” WTF? ??? Interview OVER!I Did YOKO say to HILLARY…………….Me SO HORNY….ME LOVE YOU LONG TIME!!!!!! (sorry, couldn’t resist)

Which is witch??? Double Hubbell toil and trouble…

Bill loved it. He could sleep with his daughter and not be accused of incest.

So her father is not Janet Reno?

The stench issuing from that yawning cloaca must have been unimaginably vile. Gaaaaacckkk!!

Just the image in my mind of Web Hubbel and Hillary Clinton naked having sex is seriously disturbing . Where’s the barf bag , quick .

What are they worried about? 75 million people were disenfranchised last election.

Question of the day to all you guys (or maybe gals too): How drunk would you have to be to try and pick up that face in a bar? For me, there isn’t enough alcohol in the world to try.

Looks akin to a pivot point for a tank company.

Her husband is a criminal jew. They’ll marry into a high profile family to dig their greedy little Jewish claws into the family’s wealth. Same thing happened with Chelsea buddy Ivanka. She married another sleazy criminal jew and they’re all leftist democrats. They’re all the same crew. Don’t believe Ivanka is a conservative for one second

I cannot listen to her. she sounds like the Beast.

Daddy’s little freak.
Wonder if she acknowledges her half siblings ??
Bill is not related to her whatsoever but they still keep up the pretense.

Heard years ago that bill clinton was sterile and chelsea shure doesnt look like him. But her and hubbell well they could be twins.

Webster Hubbell & wife were swingers with the Clintons. Hence……….Chelsea makes the scene.

Belsen 2 face beetch..
Hopefully her half Sis’r is more real and not plastic like (k)Hillary and Chelsea !

$100,000 of facial cosmetic surgery Chelsea had done only slightly improved her ugly looks.

GOD WHAT A GAB! You could turn a A1 ABRAMS around in that MOUTH!

Well, so much for beastility.