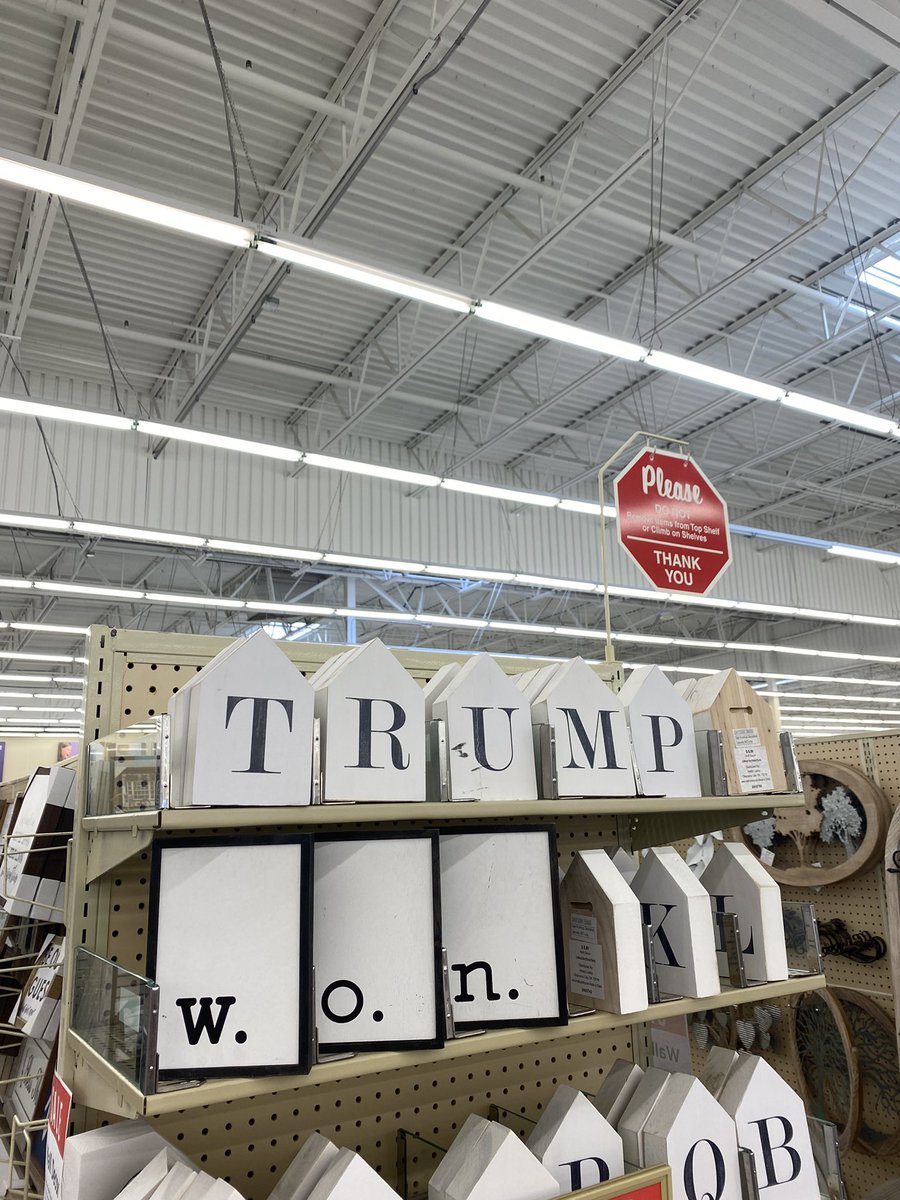 A new bill introduced on Monday by Rep. Brendan Boyle (D-Pa.) would allow only an elected House member to serve as Speaker after former President Trump called the suggestion that he seek the gavel “so interesting.”

The Constitution does not directly state that the House Speaker must be a member of the chamber, but to date, the role has never been filled by an outsider.

Boyle argued that the statute should be made clear, even if electing someone outside of Congress to serve as Speaker remains a long shot. His bill, titled the Mandating That Being an Elected Member Be an Essential Requirement for Speakership Act, would explicitly limit eligibility to current House lawmakers.

“The Speaker of the U.S. House is second in the United States presidential line of succession. That Donald Trump’s name would even be tossed around as a potential speaker in the people’s house, should serve as an alarm bell that our current requirements need to be amended in the name of protecting our nation and our democracy,” Boyle said in a statement.

Trump last month was asked about the idea of him running for the House next year to try to win the Speaker’s gavel during a radio show appearance. “That’s so interesting,” he said in response to radio host Wayne Allyn Root, noting that others had suggested he run for Senate. “But you know what, your idea might be better. It’s very interesting.”

That would be wonderful..stick it to these left wing maggots

I thought Trump considered running for Congress. To be speaker. Nancy would really have a cow.

To make this change, the Constitution must be amended.

Democrats don’t pay much attention to the Constitution unless it’s to their benefit.

Biden is not my President

You know Trump is the best choice to run the country when Leftists hate him so much.

Donald Trump lives rent-free in the heads of radical Demz.

Send Pelosi on rocket ship on 1 way flight to Pluto

They hate Trump so much that they waste their time proposing legislation to target him. Do they really think Trump wants to be SOH? He doesn’t even want to be VP! It’s either all or nothing for him.
They are also very short sighted. Remember the nuclear option in the Senate for judges? Trump was able to get a ton of judges appointed because of that.

The Speaker brings forth impeachment proceedings…………..
Impeach and remove the resident and resident hoe and the Speaker assumes the Presidency.

So how many 1000s of pages is this bill. Will anyone have time to read it. How many $100Ms of spending are tucked between the lines.

Just goes to show that Trump is an excellent barrier to the stupidity on display today.

This is what the framers referred to as a Bill of Attainder. You’re damned right it’s unconstitutional.

We Are the MAGA

Trump just runs for office in a 80% Republican district (pick one in Florida).
Then what? … Libtards.

Boyle had to introduce the bill because Pelosi couldn’t stop twitching.

Look at them scurry! I love Trump simply because he inspires this fear in America’s enemies.

Screw these Dems! They are out of their minds!

Let’s make sure the gavel cannot be held by a Chinese citizen while we’re at it.

Trump lives in their brains day and night

Trump triggers the Dems every time. It’s just so easy.

It’s a great, big Democrat nothing-burger. Once the Republicans take back the House, they can pass another bill removing this bill.

Have a Wonderful Day!

I don’t give a crap what they do. TRUMP will be in the mix. Lets create our own ‘SHADOW GOVERNMENT”. GO MAGA!!!

It would be great if Trump just started acting like the President in exile.
Hold rallies, make speeches, and be a thorn in the communists side to the greatest extent possible.

there are no bombshells

Remember she has a daughter whose worse than her.

Not to worry. It takes a majority of elected members of the House to elect its Speaker.

These elected a$$hats have gotten too big and fear nothing. Its time for the next revolution otherwise the corruption will get worse.

Term limits.
No one beyond 12 years of voted service to government, in any capacity.
No retirement from “votes”.

Will put a screeching stop to most of this power/million dollar get rich scheme.

That and making lobbying illegal.

Democrats don’t want outsiders, isn’t that what it’s been about all along? Now we hear it outright from marxist boyle’s (D-Pa) own proposed bill. Wonder if he/she/it was also involved in the last Pennsylvania election theft?

These people are scared of Donald, and it’s awesome.

Hilarious. They are so freaking delusional that it’s amazing they can wipe their own azz.

The lowlife scumbags, like Rep. Brendan Boyle (D-Pa.), are declaring their corruption publicly and no one takes notice nor cares. Wow.

People in the USA are completely f-cking stupid and completely f-cking spineless. You’ve overpaid for your useless college degrees. You kowtow to radical authoritarians for fear you’ll be gulag-ed from Twitter and Facebook (your pathetic make-believe “digital life”). You eat processed garbage. You fear losing your job when there are thousands more out there for you. You accept your abuse with cheers. You’re f-cking stupid. It won’t hurt me since I don’t have too many more years. I will be retiring in comfort after working my ass off since my teens.

But you younger generations are creating your own living hell on Earth. Congrats. You will be the new serfdom in the Communist States of America. “You’ll own nothing, you’ll have nothing, and you’ll be happy.” Good luck with that, dummies.

Sorry bro, but we aren’t all like what you’ve described. If you don’t like us, buzz off.

I think its quaint that you think you’ll be able to live out your retirement in peace. In case you haven’t been paying attention, old white guys like you are at the epicenter of leftist vitriol. Good luck.

This awesome because it puts on display the fear they have of Trump still.

Socialist Pigs are quick to try to limit the people aren’t they? The SWAMP doesn’t take kindly to outsiders coming in and infringing on their stealing of the taxpayers monies.

It’s way past time to put the tax burden back on the corporations and off the people as it was in the beginning of this country. Yes, this is a pure fact. Research for yourselves. And do not be lazy about it. Also tax the elites piggy banks called TAX FREE FOUNDATIONS. Even Trump eluded to this when asked about his taxes, saying he is only doing what they were doing and if they didn’t like it change the law.

PANIC time for the left, their house of cards will soon collapse

Trump won the presidency.
He does not need Speaker position
Biden administration needs to be removed for cheating.

Biden revoked, Trump placed in rightful winners seat.
Anything else is pandering to politics and lunacy.

That is the legitimate choice by the voters.

Right, then be given another term !

Not necessarily… penalty is time lost and changes applied.
Terms out same in rotation of elections.
Complicating things will not help the process.

Only correct action is to undo the cheat, lie and theft.
Left uncorrected means nothing for stability of elections ever again.

Evidence piling up but where are actions from elected officials for a correction?
Where is the mainstream media with blatant crime unfolding?

The stoopid Dems are as ridiculous as always…..nooobody has been trying to draft Trump as Speaker, so this is what the Dems do with all their time.

They are insane and terrified.

By the way DEMON friends, it doesn’t make any difference now whether Trump himself is a part of it or not, the MOVEMENT is alive and well and growing. Your only defense is that WE follow the LAW, which buys you some time occasionally. Use it well to plan your funerals.

They know they cheated

We’re comin’ for you, commies!