Undercover video just released in the past 30 minutes

‘Climate change fear-mongering is next’ 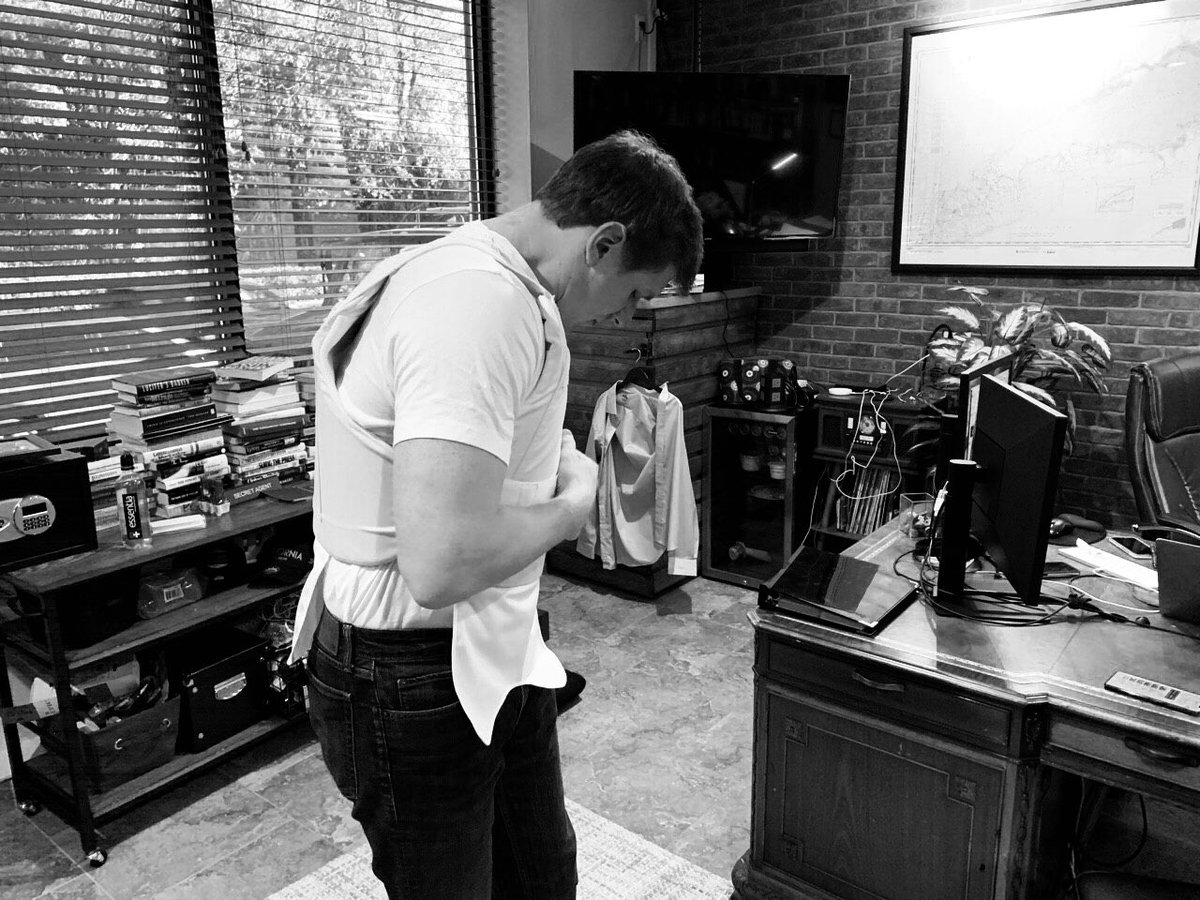 How many viewers does cnn have?

I bet more haters watch cnn just to hear the crap they are spewing out then for their actual news reporting.

Exactly how is this shit legal? Oh that’s right.. the radical left is steering the ship and the ship has two sets of rules. It’s absolutely disgusting..

The ONLY way to fight them is spread misinformation and phony news tips everywhere until no one believes anything anymore and shuts off their MSM feeds. Threats, lies, harassment and all of their weapons need to be boomeranged on them. Nothing else is going to work so we need millions and millions of people to tie up their phones, email them by the millions to crash their email programs and make it so no one will use them. We CAN crash them and need to get someone of influence to counter Soros and the other media controllers. Any other ideas? I thought not

How come the Steele Dossier can be discussed as accepted fact on any forum with no fact check but Hunter’s laptop still gets flagged?

CNN, MSNBC, and other news networks, have nothing to do with ‘news’ – they report deliberately deceptive ‘fake news’ that satisfies a globalist agenda. Their on-air personalities are not ‘reporters’ – they are readers. What is read is the same at ABC, CBS, and NBC – daily press releases with talking points from the Democrat Party and Leftist commentary from their stable of chosen “experts”.. The Left controls everything – everything – that we see and hear, from the most basic of sit-coms to the most serious documentaries – everything that is fed to us is propaganda in its most despicable and dangerous forms – it is presented both insidiously and overtly by seemingly knowledgeable, attractive, and serious people.

To watch them discussing openly with colleagues about what they have done and next plan to do, is chilling. No one opts to hide their blatant bias anymore – it is expected and accepted. The media’s treatment of Donald J. Trump was, and continues to be, criminal but no one will be held to blame or defamed. To the contrary – those whose words caused the most concern and damage, were elevated professionally and championed and saw themselves being invited to the nighttime ‘ talk shows’ to spread even more of their arrogant radicalism. Feeling proud and justified at what they have accomplished against President Trump, they now openly boast and gloat about their future cunning and deceit re the climate, et al. They cannot wait to begin their next deceptions.

This is the state of ‘journalism’ today: stories only about gender “inequalities”, daily race-baiting, economic and social divisions, using children for propaganda, open misrepresentations of medical advancements and cautions, creating hysteria over natural climate changes, political promotions of only the Left and fabrications and silence about the successes of the Right, calling a protest of Patriots an insurrection, and calling open insurrections in our cities, protests – and the list goes on and on.

We are rapidly descending into the depths of a worse than mediocre nation. The ‘press’ along with their Leftist compatriots, are turning what was once the shining beacon on a hill into a putrid, garbage-filled failure of Leftist power and regulation.

Imho, Americans are hungry for the truthful exposés of James O’Keefe and others and will seek them out while continuing to finally reject the mush offered by the msm and ‘The View’.

Trustful Americans are waking up to the fact that wealthy and powerful politicians and their media friends are in charge only because Americans have allowed them to be – and, to show their gratitude, the Left has abused the innocent trust of Americans by mocking and dishonoring them. But no more.

It is now time “that this nation, under God, shall have a new birth of freedom – and that government of the people, by the people, for the people, shall not perish from the earth.”

Did no one read this? Great post. Where the hell are the upvotes?

Yes, you wish the message had the biggest platform. A Tucker guest said ‘news’ has become an opportunity to further a narrative. The Godless sell their soul cheaply as it has no value to them here on earth. LGBT et al & environment is their religion. Eternity is a long time, missing Jesus Christ by 18 inches – the distance between the head & the heart. There is no sadness or pain in heaven, we’re not allowed to miss any of them.

Do they know that getting shot in the head makes that vest kinda useless?

CNN is a worthy target for some WLM rioting and looting.

I read a book one time about random TV news and media types being randomly shot, hung, houses blown up, relatives beaten half to death, tongues cut out, fingers and hands cut off or crushed, splashed with acid, cars sabotaged, all kind of crazy stuff kept happening to the media darlings. Eventually they figured it out. Crazy book. Good read. I wish I could remember the name of that author.

This man should get a medal!

He is a real American hero.

Let’s use a little logic here: If CNN tells fabricated stories about trying to get rid of Trump. Then why should we believe that anything they are saying now is the truth either.

I wonder whether any of these CNN functionaries will be cancelled…

Kinda fun to be a fly on the wall and hear the inside baseball. Looks like Veritas used the time honored beer’n babe combo as a honeytrap to get the guy’s ego inflated enough to want to look important and brag to try to impress her. Hilarious. Would work on just about any guy. Hope he has contacts for a new job.

This is just deflection from election fraud

CNN is powerful. Wonder if they are hiring?

Know your enemy, and beware.

Yes you all nasty f ups did remove Trump but guess what , pay back it a bitch you sorry f u ers. It going to be a crime destruction… You crime crew.

Can Trump sue CNN? Why not? Slander and Libel is still against the law.

He also has an insider that spoke up about the spike in sex offenders at the border…
https://www.projectveritas.com/news/exclusive-customs-and-border-patrol-agent-speaks-out-on-leaked-government/

Only way to hold media accountable is with our clicks OR pressure the Prez (likely wont be able to with current one, bc not to benefit) to have FCC establish new regulations.

Create transparency by required disclosure of conflicts of interest by publishers (editors, reporters and networks) of their party affiliations and summarized donation history, as well as the major sponsors of their publications (ie, advertisers, significant investors, etc).

News aggregators like realclearpolitics citizenfreepress or the (formerly respectable) drudge report establish bias ratings (left vs right) so people know themselves how much lean a source has before clicking (especially for those not savvy to which sources have what lean).

Even the playing field of informational transparency. Boom, problem solved.

Anyone who thinks the Democrats and Republicans are on different teams is delusional.

Obviously it is YOU who are Delusional.

Nope.. ..try to keep up here…it’s called the uniparty for a reason…

We can thank the Kenyan for all the propaganda that is now being spread. He signed into law in 2013 a bill which once again allowed propaganda in the US. It had been against the law since 1948.

No. Who put him up to it. He is wealthy and protected now right?

which is why for years, i’ve given my money to Project Veritas instead of the gope.

Obviously they don’t give a dam’n about the country or the people.

That’s why we need people to stop paying for TV. When people pay for TV, they are specifically funding the enemies of America and freedom.

As a Chinese immigrant put it best, “Why do you watch the news? Don’t you know it’s just propaganda? We don’t watch the news in China.”

Bravo – true professional investigative journalism at its best, unlike the Propaganda Press toadies and their endless and bombastic drivel. Keep up the excellent work.

We know what they did, the cretins. But at danger of being flayed, I am dismayed by Trump pushing vaccines.

Unfortunately, the experimental vaccine will be Trump’s biggest mistake. But, he did say to people they have to make their own choice.

Funny how the same people who rejected HCQ, are the same idiots pushing an experimental vaccine. The worst part is, there is zero recourse, legally, when the vaccine is proven to be a health hazard.

This is exactly why the gov should NOT be in the healthcare business. And they should not be picking winners and losers in business.

Too funny! Trump did not get voted out.
We need to focus on faulty fraudulent voting machines, not cnn.

Nothing will happen to them. Nothing ever does.

Zucker and his team at CNN are in the very, very top few people that are the worst evil vile SCUM in the world today. They are vicious liars and propagandists. Pure evil filth!

Earth is better off without CNN.

Hard to argue w that. They’re more of a threat than fossil fuels, for sure.

Admittedly fear mongering—why is that not like shouting fire in a crowded theater?
They’re also fomenting racism, division and riots.

I have no doubt at all that all the main points here are true. Funny to hear it out loud, tho. The networks r businesses, Trump-hate was a super hook, so is Covid n climate alarmism.

Networks should be treated as entertainment enterprizes n get no special treatment as “news” organizations.

Interesting and v true the emphasis on the power of the image to convey the main message: Trump’s hand “shaking”, Xiden w aviator glasses or jogging.

That’s why left TV is in constant fear of a Fox or a Newsmax or OAN.

That usually puts an end to treason. Fraudci for sure deserves the ultimate consequence.

Haha way to go PV. You guys are great. Keep exposeing. We know thats what they do but its good to hear them on tape so they cant deny

Anyone with half a pragmatic brain grounded in reality gets that CNN is purely theatrical propaganda. It’s worse than tabloids because they are taken seriously.