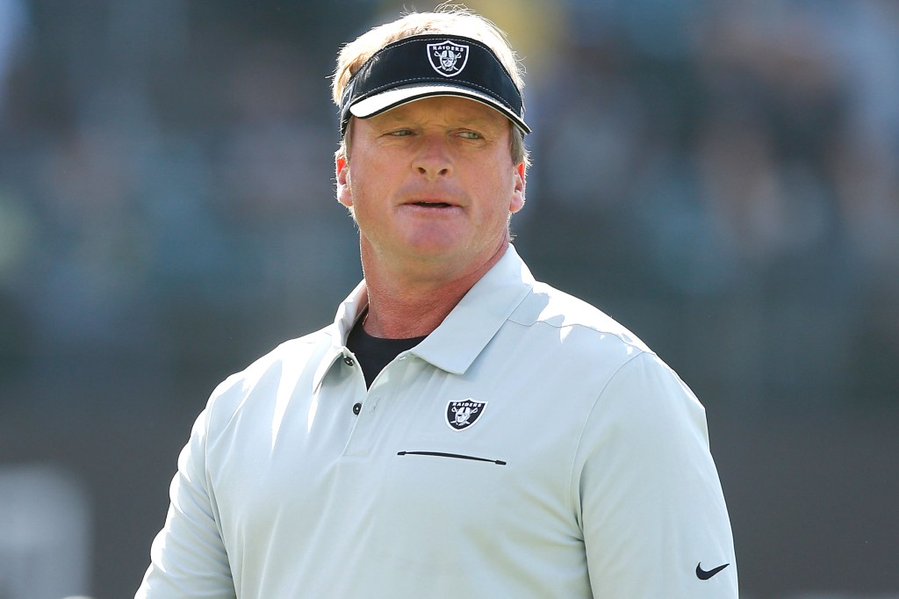 Gruden criticized the emergence of women in the NFL as officials and called for the dismissal of players protesting the playing of the national anthem. He also said in an email that the Rams shouldn’t have been been pressured into drafting “queers” when the team took Michael Sam, who was the first openly gay player drafted.

Gruden referred to Biden in 2012 when he was vice president as a “nervous clueless pussy” during an email exchange with former Washington executive Bruce Allen.

This clip is pretty hilarious

.@CharlesWoodson, who played for Jon Gruden for 4 years, offers his thoughts on the situation involving the Raiders head coach. pic.twitter.com/wDmfcGhSAA 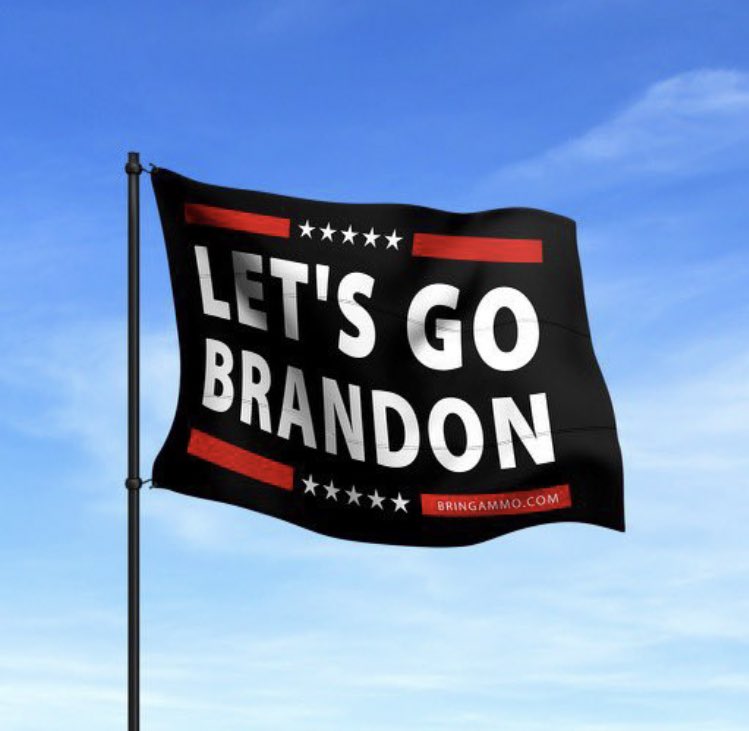 at this point anyone still pushing the mRNA jab is conspiracy with multinational genocide treason.

Gruden got extorted. Refused to pay up to the “big guy” So this was released. the nfl is in cahoots will all this pop culture bs happening in America.

I agree with Carr. The NFL selectively targeted only Gruden and intentionally ruined his life for something that he did a decade ago.

I call “cancelling” what it is: left-wing McCarthyism. Have you now, or have you ever, been a patriotic, normal American?

Oh goodness! My panties are all bunched up now. He’s just so mean!

He called me a name boo hoo, grow up and get a life.

Maybe there were some emails about the owners haircut.

Gruden is the diversion – while the NFL destroys/covers up the other 650,000 emails they say “will never see the light of day’

“Look at Gruden. Look at the shiny object”

Stating something everyone knows is true, is a legitimate offense from the kind of attack Gruden is being subjected to.

He had to resign for telling the truth? Oh my am I glad I made the decision to boycott the NFL a game I loved turned into football’s version of the NBA disgusting!

Sounds like he was right on just about everything.

This a standard trick from the anarchist’s playbook if you can’t beat them then corrupt them.

I recall that line in Child’s Play when Chucky says “friends to the end right” and the kid who is about to kill him temporarily says “this is the end my friend”. 😂🤣

What law did he break? Asking for a friend.

They fired him because he is mostly correct.

Never apologise for telling the truth. Something conservatives need to learn.

Every taxpayer revenue dollar that has ever been provided to the NFL and its teams should be seized and given back to the people. The era of coddling and propping up massively wealth pro sports with taxpayer-provided welfare needs to be phased out. What they provide is useless and meaningless.

A conservative in favor of seizing wealth? Grow a spine.

“taxpayer revenue dollar that has ever been provided to the NFL and its teams should be seized” and “taxpayer-provided welfare needs to be phased out.”
Getting tax payer money back to taxpayers and not funding anti-American meaningless time killing garbage is a spine… a massive titanium spine.

And? Biden is a nervous, clueless pussy. So is Goodell. Women shouldn’t be football officials unless they’ve played the game.

Are all of us ready to be judged on anything/everything we have ever said in our lives? This is the new standard and it is dangerous…

So this man should be made the head of the NFL and everyone criticizing him should be kicked into the ocean?

I don’t even care that he put stuff in emails..everything he said was the truth. Truth needs to be recorded.

Why have so many men lost their testicles? If you believe what you said/wrote, STAND BY IT like a man! If they fire you, so be it, but don’t kowtow to them. STAND UP AND SAY IT EVEN LOUDER! I swear, I think 98% of us have become little bitches. Few men remain.

I didn’t hear anything inaccurate. So you get fired for stating the truth.

All of a sudden I now like Jon Gruden.

But what is your opinion of the NFL as a whole? Is anyone here going to stop watching the NFL and stick to never watching NFL games again?

me. never watched for 5 years…never will til Goodell goes and they stop disrespecting our flag and country AND stop with the African National Anthem.

And who’s the rat bastard who turns over someone’s email which was sent to them in order to destroy someone. Just another scumbag.

I stopped 5 years ago after the Kapernick crap. Only watched last year’s Super Bowl because they were whining about Tom Brady

Football is crack for millons of the male population. Despite their grumbling, they’ll never give it up.

He should run for Congress!

Gruden should be the next VP pick for whoever runs in 2024.

He should run for office.
I’d vote for him, truth is a lethal weapon against the weepy left.

Truth and common sense will not be tolerated.

I don’t see the problem.

What a crock o shiat – I stand with gruden, shoot we all talk shit but the snowflakes cant handle it, bunch of slack jaw wussies!

His quote about the piece of garbage biden is spot on.

Jon Gruden should be elevated to be the NFL commissioner … so he can save the sport!

I agree with him. I guess I have to resign as well.

I would like to see him take charge of many of the alphabet soup agencies that lack any and all honor and integrity.

So why did he quit? He didn’t say anything that wasn’t true.

So why did e quit?…I don’t see anything wrong with saying the truth…..

My sons youth football team is interviewing coaching candidates. We would be more than happy to hire John Gruden. Hit me up John.

He can coach my team anytime Run for office.

He needn’t service his job any longer. his family is provided for, his needs are met so speaking the truth, as unfashionable as it is to the sophists, is now his priority. Good for him.

The question is who wanted Gruden gone and who hacked his emails and exposed it.

All you have to do is be aware of the stories details. They weren’t hacked. It is part of the NFL’s Washington Redskins investigation. These were emails that were sent to a Redskins executive.

Bingo – The real question should be ask why an Executive NFL in the front office snooping around old emails that 11 years ago. I guess its a HIT JOB and pay back. Guess people can’t handle the truth, there are people don’t like women in there sports, gays ways, and not happy with Goodell handling of football operations.

Probably the FBI. IRS next?

He probably sent them himself so he could get out of the Ne**o Football League.

To the clueless pussies: if the shoe fits, or is it “if the douche fits”………..

Why should he quit? He should be promoted to head of the entire NFL.

I can’t see why he should be fired. It’s not like he said something that ain’t true, you know.

Even if he was, the NFL would still be as woke as ever. Stop watching NFL games.

I agree with everything Mr. Gruden typed.

Who writes that for posterity!

Why can’t he say what he wants? He might be right.