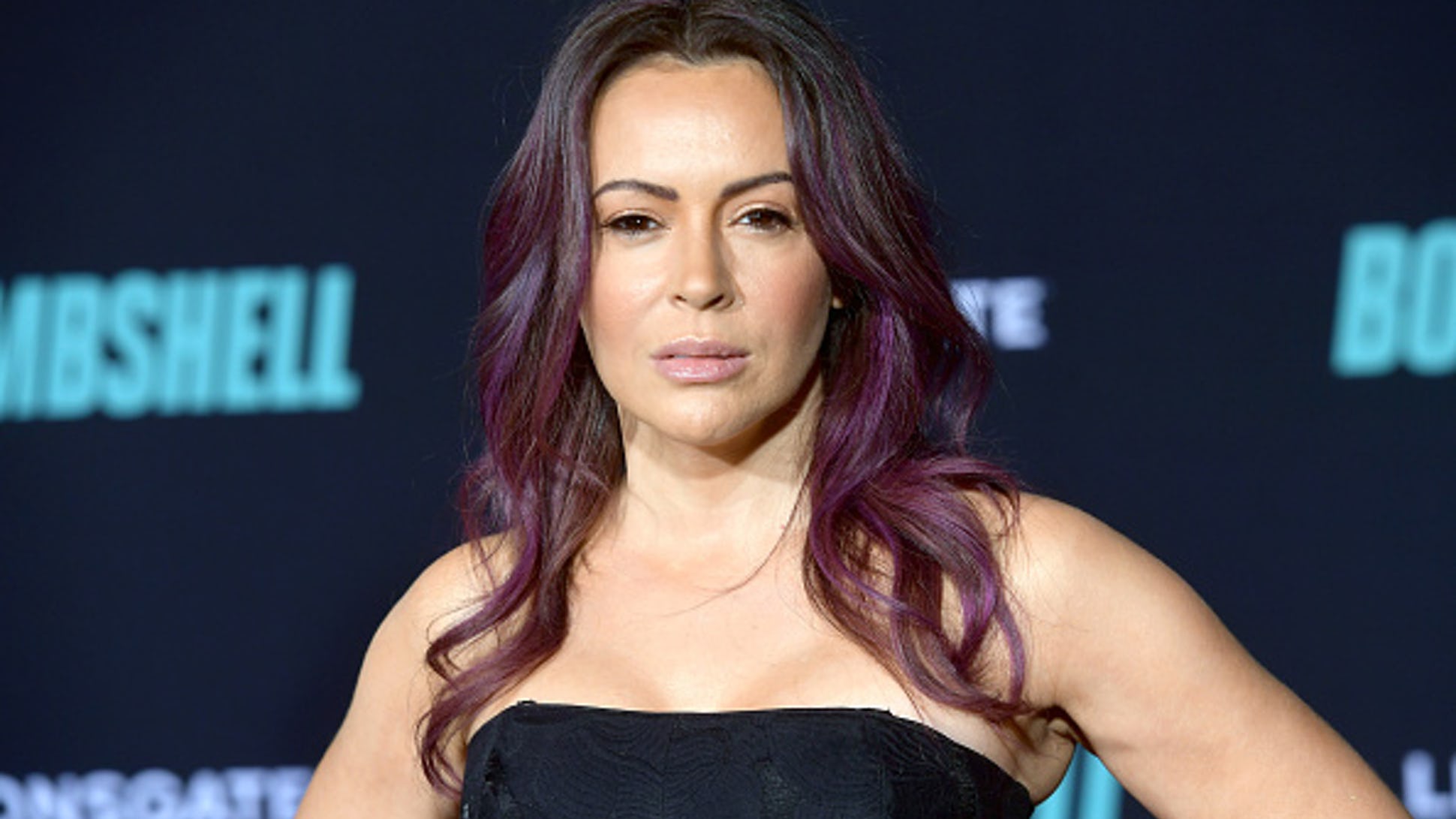 “I’m looking at California’s 4th District to run against Tom McClintock (R). I split my time between Truckee, Calif., and Bell Canyon and the Republicans have basically had a strong arm there in the 4th District.”

“It’s going to take someone with, I think, name recognition and deep pockets to be able to run against McClintock, and so I’m considering it. I’m basically gathering information right now, speaking to different consultants, speaking to the community,” Milano said.

“I would love to maybe consider flipping that seat blue,” she added.

“I would love to maybe consider flipping that seat blue,” she added.

“I would love to maybe consider”?

The minute she finds out how many BJ she needs to raise cash like
Madonna said she would do.
You will not here from her again

Alyssduh sure thinks a lot of herself. Too bad for her, no one else holds the same sky-high opinion.

Ms. Milano is part of the juvenile trend on the left and the right of turning up the amplitude in vitriolic partisan echo chambers. She seems to know very little of policy or good governance, yet offers an opinion, angrily, on everything. Congressman McClintock is a thoughtful, hard-working congressman who effectively represents his constituents. Ms. Milano would not be an upgrade.

What on the ugly loud mouth abusive party platorm?

Swallowing in the footsteps of Kamala… That’s inspiration for ya!

I’d consider voting for her to clean the toilets in the halls of Congress. That’s what she’s only capable of doing.

Just what we need–more ignorance and stupid in Congress.

No one will vote for you. So sit down and shut up hag!!

She sounds so determined…”I would love to maybe consider flipping that seat blue.” I too would also love the possibility of maybe considering a chance to entertain my possible run for Crazy Chief in Charge.

Please run, please humiliate yourself. Can you imagine the memes that will be created? It would be glorious. The fact that she thinks she can win is even more hilarious. 🗽🇺🇲

Check out the demon behind those eyes!

With Dominion and 3am ballot dumps on her side she won’t even have to try.

Oh god, just what america needs is another drama queen flake running the show. Does she really think she can run it better than any other dumbacrap?

Great, another Globalist from Hollywood. It’s more than tweaking a line or two on twitter. You might have to think. Oh, I forgot, Democrats are protected by Hollywood, Big Tech, Fake News and Deep State Bureaucrats. You’ll do fine.

So that would bring the Squat up to what? Six, now?

I am a god

Maybe she could replace aoc

One bimbo for another!

“It’s going to take someone with, I think, name recognition and deep pockets.” She has neither.

That’s the name of her next WB network show

What a stupid bitch!!! I truly hate her.

Is she running on the Hateful ticket?

Go for it. This would give her something to focus on so she will leave other states alone. I guess she’s jealous of the attention AOC gets and is missing the stage/attention the pandemic took from her.

That area of California will kick her to the curb. She doesn’t even live there.

Isn’t there a specific word for people with over inflated egos besides calling them dumbacraps?

In the voice of the late night host who I don’t care to remember his name…
DO IT, DO IT

Oh please ,crawl into that hollywood hole and stay hidden. You have no idea what it is like in the world

she actually believes that being mentally ill – she is, after all LIBERAL – qualifies one for candidacy. poor baby.

on the other hand, in her world being mentally ill and stupid are not only a qualifications for office, but badges of honor to be worn at every virtue signalling event.

The slope of the curve to the left is much steeper than to the right. What is that smart people?
Deviations from the mean?

And don’t forget d minion and cheat by mail

She would do anything….

Dear political gods, make this happen and secure for us a daily dose of hysterical laughter…

such an immature response is indicative of why the right always loses to dipshytes like her and biden and obama and aoc, you’re part of the problem.

Now that is funny! I didn’t know she was a comedian.

It’s like a double washed up washed up Demi Lovato

Oh boy, just what we need. Another brain dead liberal in the dog and pony show squad.

Welcome them in and encourage it. Push them left.