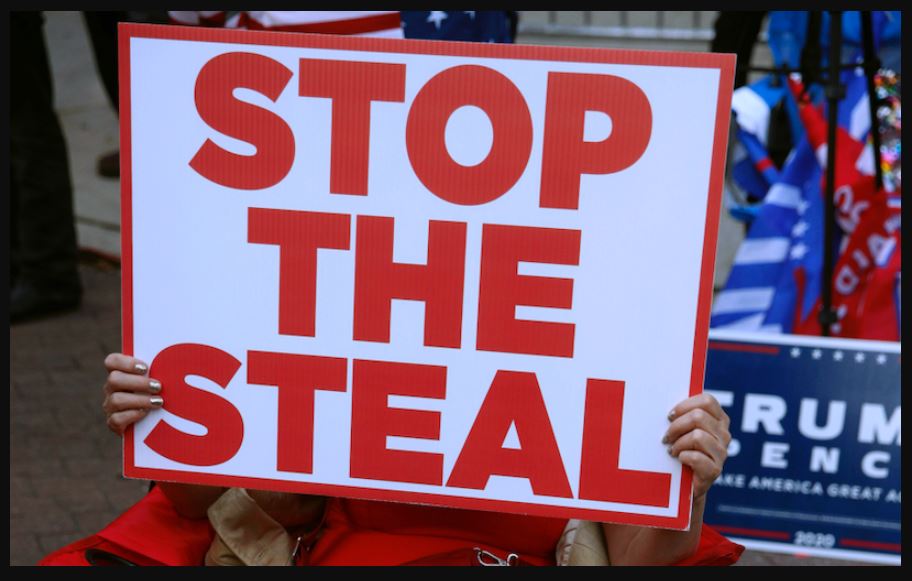 Over the objection of three justices, the Court restored a federal appeals court ruling that said disqualifying ballots received on time but lacking a date on the return envelope would violate federal voting rights.

Pennsylvania state law requires that voters include a date next to the signature, even though mail ballots are typically postmarked and dated again by election officials when they are received. The appeals court concluded the absence of the handwritten date was an “immaterial” error.

The Supreme Court did not elaborate on its decision to allow counting to proceed, and it is not binding precedent. But it does suggest that a majority of justices support the view that discarding ballots over small administrative errors or omissions would harm the franchise.

Justice Samuel Alito, in a dissent joined by Justices Clarence Thomas and Neil Gorsuch, said he would have stayed the appeals court ruling in order to review the merits of the dispute, which he said “could well affect the outcome of the fall elections.”

Alito wrote that he believes the Third Circuit opinion is “very likely wrong.”

If there are dumbass mistakes, that means straight-ticket demokkkrat…silly

The fix is in. Democracy…what a joke.

Ok, so let’s play their game. Who wants to print ballots and fill them out, no signature required and cemetary votes count!

Oh, so on my legal documents I can just sign and skip the date?
Riiiiiight.

Mail it in, call it in, Uber your vote in. Funny how the Democrats want loose rules at every turn. But not to cheat, just to make sure all the dead votes count.

Roberts, Kavanaugh and Barrett are all Deep State Cabal. It is infuriating, but they will be calling 988 once Trump releases the Truth.

Justa questiom, what does 988 mean?

This article is very poorly written and difficult to follow!

We used to call that common sense.
Not so common on the Supreme Kangaroo Court these days.

Unconstitutional ruling for Presidential elections. The Constitution says the legislatures choose how electors are chosen, so legislative rules cannot be overturned by commission, judges, clerks, or secretaries.

We the People are screwed…as usual. We have suffered a train of abuses, it’s a matter of when we say enough is enough. America’s metal is being tested. God let us stand the test!

Court making law again instead of enforcing it. Sigh.

What BS!!! In 2020 they s3nt everything back to Penn! That was counted and said it’s up to Legislators as it was their job.. so Legislators Said no this time sane routine and Suoreme court votes no. What a PaoS Sipreme Court Justices we fricken have!!!!!!!!

The federal Supreme Court usurps State voting laws? At the very least, this ruling is unconstitutional.

This wasn’t the big issue in PA, it’s mail in voting that isn’t allowed. That is the case they should have ruled on.

Leftists? Rightists cheat foo dawg. Republicans have brought in electronic voting systems like dominion, es&s etc into their states without the aid of dems. Wake up bro. You are getting fu**ed from both sides.

Here we go again. If you cant follow the rules your vote should be void!!!

They should then just eliminate all the rules. Just think about how much easier it will be to run elections. You can just write your choice on a piece of toilet paper and submit it. They will flush it down the toilet and tell you who won. A couple cycles of this and you won’t have to waste the toilet paper-problem solved.

As I said a few weeks ago. If people think they aren’t going to pull out all the stops to win in November just like that did the last election your not paying attention. They still haven’t rectified the situation with Dominion Voting Machines, and they are using the courts to allow all kind of little things they can use to get away with their voter fraud. People are going to be livid come November when this country is burning to the ground from the chaos these people will cause to keep power.

The Democrats used to have only one day to steal elections now they have weeks and even months.

It’s too hard for the post office to back date ballots when the voter dates it too. This error is about to become a lot more common in PA

2022 Another “legal” stolen election. Thanks Supreme Court. The court is assisting in it’s own destruction. This will embolden the Dems to do more violent harassment.

Kavanaugh & Roberts up to their New World Order shit again.

You would think they would learn that nothing they do to “appease” the left is going to help them.

We as a nation need more consequences for being inept or stupid, beginning in grade school. Instead, schools are giving 50% credit for not doing assignments.
I got yelled at by losers in the doctors office because they I asked them to pay their office visit copay. When I pointed out that they SIGNED an agreement stating they would do so, EVERY TIME the offender said that they didn’t read it, they just signed it. Those are the folks who we bailed out of their mortgages in 2009 and whose every failure is put upon someone else.
If you can’t follow simple directions your vote should not count.

Does this mean that an election will never be officially over?

😂 wow this is really a banana republic.

With all the questions about voter integrity and mail-in ballots, this was another weak-ass move by the new justices. Kav’s lower lip was probably sticking out and quivering like a three-year old child and tears were running down his cheeks as he stabbed law abiding citizens in the back, again.

Well, that’s the end! When you don’t follow the rules you give away the game.

Where was the great ANY . She still voting with the libs??

Versions of this quote have been around for hundreds of years:

This is how a banana republic starts, where the rules of elections are bent to allow latitude for cheating. Voters need to properly fill out their election forms. If citizens improperly filled out passports, would the government give them a passport? If the IRS caught an error in paying taxes, are they going to dismiss the error and allow it to stand? The constitution and rules apply to everyone equally, not just for the advantage of one party. If republicans cheat in next election are their votes going to be able to be counted?

Chilling thought that these same mentally deficient clowns have a driver’s license.

Is this the same court that has the democrats crying like children on a schoolyard that Trump stacked the court, but they want to add more members to increase their chances?? Really? Decisions like this are partly why who’s country is screaming “don’t flush”

If you cannot follow simple voting rules you shouldn’t be allowed to vote.

SCOTUS is ruining the Republic by letting doofus votes in.

the same supreme court that wouldnt adjudicate voter fraud for the presidential election because they didnt want to have an effect on elections?